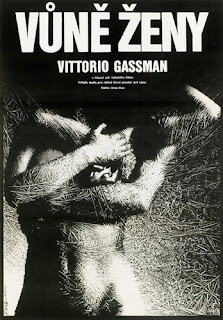 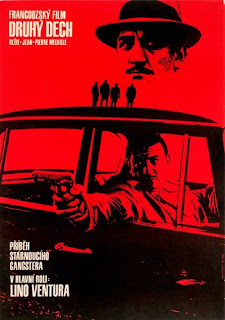 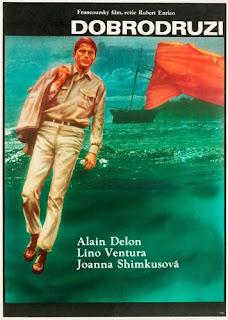 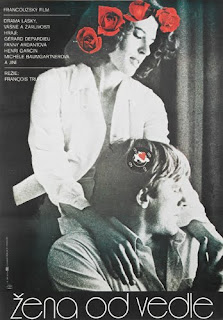 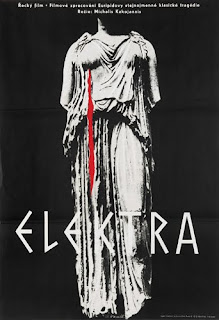 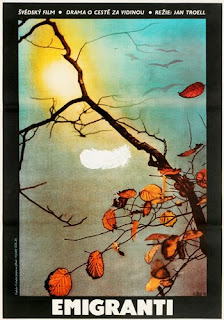 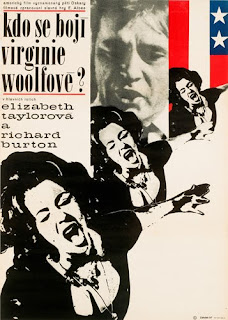 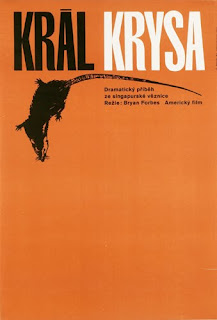 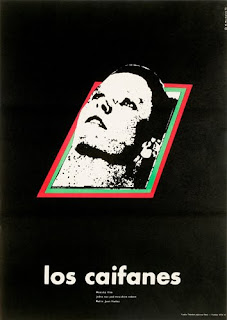 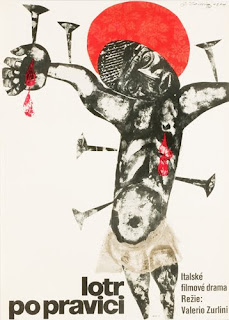 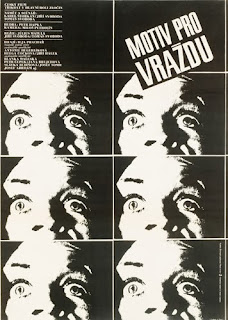 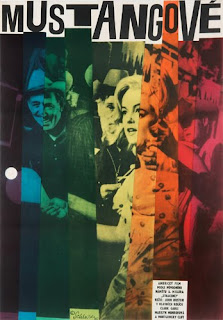 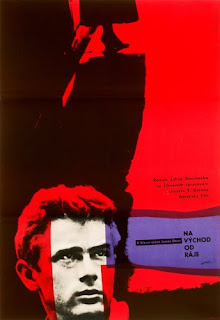 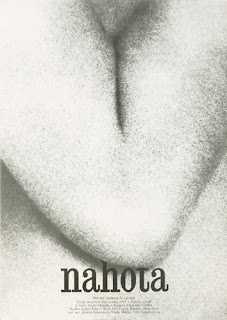 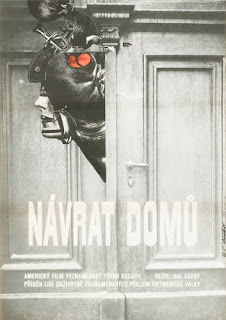 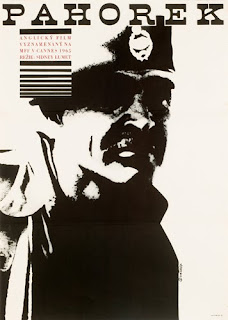 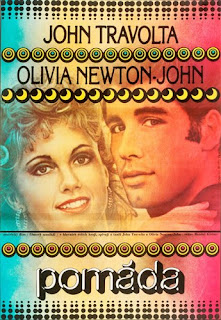 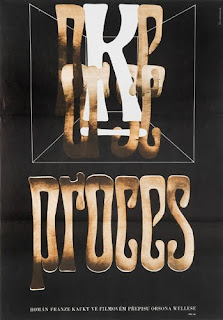 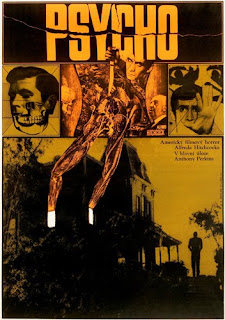 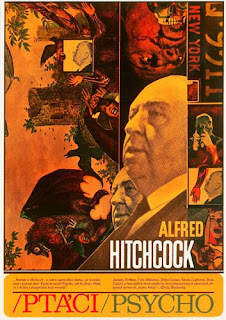 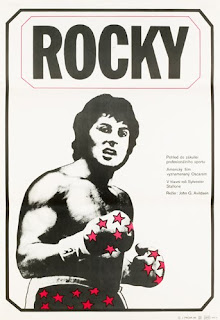 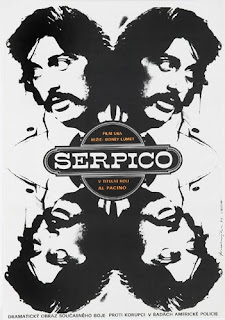 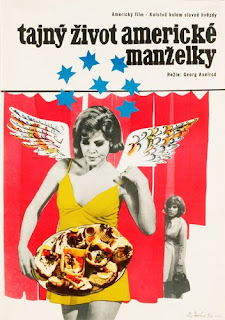 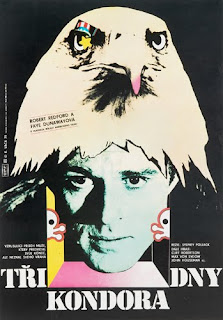 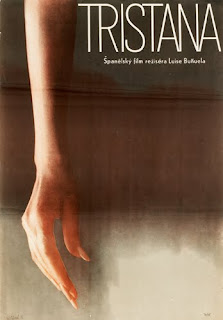 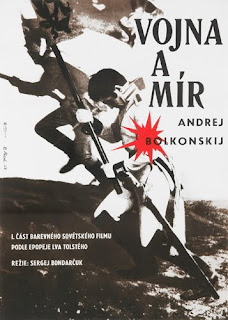 Stolen text from the Czech Film Posters website:
“Following a communist take-over in 1948, Czechoslovakia was ruled by a totalitarian regime for over forty years. The level of oppression varied throughout the period – the stifling Stalinist practices of the 1950s gradually gave way to a more liberal rule in the 1960s. But the 1968 Prague Spring movement to break free from the leash held by the Kremlin was brutally supressed by the Red Army in August. The following period of darkness – referred to by the regime as “the process of normalisation” – gradually lightened with the onset of Gorbachev’s Perestrojka in the mid 1980s. Like most other Central European communist regimes the Czech one fell in 1989 during the wave of changes set off by the powerfully symbolic fall of the Berlin Wall.

[…]
The decision on which foreign films could be approved for cinema distribution and which local artists could be allowed to make Czech and Slovak films was totally up to the authorities.
The attitudes of the censors rode the same waves as the regime in general.
[…]
Following the Russian invasion in 1968 and the subsequent occupation, the 1970s saw a new tightening of the censorship screw, but it largely concentrated on the local scene and foreign films continued to slip through the iron curtain. Czechoslovak film-goers could see a number of European club movies (Bergman, Fellini, Visconti), more than a few US blockbusters (The Sting, Jaws, Marathon Man, Saturday Night Fever, Kramer v. Kramer, Alien and others) and a good crop of conspiracy theory thrillers (The Parallax View, Three Days of the Condor, All the President’s Men). The communist authorities liked the latter for their exposure of the rot in the Western world.
[…]
But it took until the early 1990s for the Czechoslovak screens to finally see the light shining through such seminal rolls of celluloid such as Dr. Strangelove, The Godfather, One Flew Over the Cuckoo’s Nest, Apocalypse Now, The Deer Hunter, Wings of Desire not to mention any of the James Bond movies or any other film with Russian baddies.
[…]
Due to the high cost, film posters were rarely imported with the film – a smaller number of French film posters being the exception – and so from the early days it was the local artists who were given the task of creating images to get bums on cinema seats. The Czech film poster of the 1920s and 1930s almost exclusively used realistically painted characters and scenes from the film and screamed the names of its stars often in letters larger than those of the film’s title. Notable exceptions to the rule were Atelier Rotter’s Art Deco works and Frantisek Zelenka’s Modernist designs for the Werich & Voskovec films.
Towards the end of the 1930s, photos of the main character started appearing in the film poster design – usually on a painted background, complemented by lettering created by the poster’s designer. The film poster art lost most of its bite and glamour during the Nazi occupation when the film industry was under the complete control of the German authorities and films in the cinemas were either German or heavily censored Czech productions.
[…]
The decade between 1948 and 1958 was dominated by communist propaganda in all aspects of life and film was one of its main tools.
[…]
The 1960s became the golden age of the Czech film poster. It was a period in which the relative artistic freedom enjoyed by the artists gelled with a range of other factors such as a unique concentration of talent, a wave of new and inspirational films coming from both home and abroad and closer links with the international art world. This cocktail of ability, inspiration and attractive topics to work on gave birth to a collection of hundreds of highly original and inovative film posters that stand apart from the main stream of the genre. While the American and Western European film poster primarily served the film, in Czech and Polish film poster art it was – with a bit of exaggeration – the film that served the poster in the sense that the poster developed into an art form in its own right. It was still used to promote the film but the art of the poster went far beyond the mere capture of the public’s attention. Another factor that enhanced the perception of the Czech film poster as a work of art rather than a purely promotional vehicle was the fact that the text on the poster was usually limited to the film title, name of director and the leading actors – no logos of film distributors and sponsors, quotes lifted from reviews, studio information etc.
[…]
The decade of hope ended with the Russian invasion in August 1968. The newly appointed pro-Kremlin government turned one of its searchlights on the arts and entertainment. Paranoid aparatchiks searched for anti-communist propaganda where there was none – film poster designs submitted by artists were often rejected or had to be reworked for bizarre reasons. In her article “Czech Film Poster from 1945 until today” published in the book Czech Film Poster of the 20th century, Marta Sylvestrova writes about a commissioning editor getting fired because of a claim by a communist official that the space between the legs of elephants pictured on a poster for the film “Surrounded by Elephants” looked like a swastika. According to Sylvestrova Zdenek Ziegler was interviewed by the secret police about where he got the 100 USD banknote he used in his design for the 100 Rifles poster and Josef Vyletal had to obscure the US flag on the back of Henry Fonda’s jacket with smoke from one of the passing motorbikes on his poster for Easy Rider.”