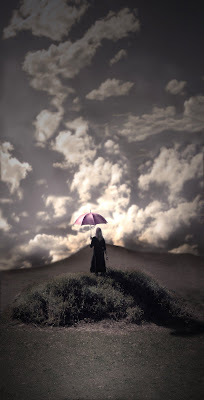 This disaster capitalism, climate crisis and consumer society dystopia is finally getting some serious recognition in the mainstream press. Even though it’s already way too late (in my humble opinion), people might at least begin to think about quality stuff instead of quantity crap. That’s a good start in getting some value out of life. I mean, if you really want to live why not make it worthwhile? That’s the least one can do.

And speaking of disaster capitalism and the current economic crisis:
Naomi Klein claims in her very interesting book The Shock Doctrine — The Rise of Disaster Capitalism that big business and politics use global disasters for their own ends, and that (unpopular) reforms come in times of crisis when countries are in shock. She claims that for (mainly) the neoliberals to create their ideal free market economies, violent destruction of existing economic order is required. Now is an interesting time to study this.

Uncertain times forces media to take notice about a worried population. In May 2008 CNN published an article titled Survivalists get ready for meltdown, and in July another article named Massive Economic Disaster Seems Possible — Will Survivalists Get the Last Laugh? was published by AlterNet. The introduction in the latter article sums it up:

With multiple crises on the horizon, survivalist views don’t seem as marginal as they did before. They used to be paranoid preparation nuts who built bomb shelters for a place to duck and cover during nuclear dustups with communist heathens, but their tangled roots go back to the Great Depression for a reason. If you want to get sociological about it, survivalism started out as a response to economic catastrophe. And now, with a cratering stock market, a housing meltdown that has devalued everything in sight, and skyrocketing prices for food, gas and pretty much everything else, survivalists are preparing for — and are prepared for — the rerun. In fact, they may be the only people in America feeling good about the prospects of a major crash.

And the interesting thing about the once-fringe movement at this moment in history is that survivalism has now gone green — at least in theory.

From peak oil and food crises all the way to catastrophic payback from that bitch Mother Earth, there are more reasons to hide than ever. Conventional society as we know it is already undergoing some disastrous transformations. Ask anyone ducking fires in California, floods in the Midwest or bullets in Baghdad. Maybe it didn’t make sense to run for the hills, stockpile water and food, grow your own vegetables and drugs, or unplug from consumerism back when America’s budget surplus still existed, its armies weren’t burning up all the nation’s revenue and its infrastructure wasn’t being outsourced to a globalized work force.

But those days are gone, daddy, gone.

On another — funnier — note, googling on “survivalism” I found this photo: 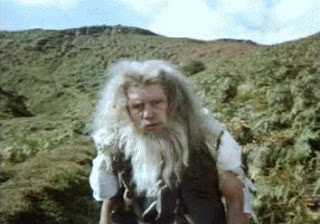 All I can say is: Blessed are the meek, for they shall inherit the earth. Actually, God said that.
Mrs. Big Nose in Monty Python’s fantastic movie Life of Brian puts it this way: Blessed are the meek! Oh, that’s nice, isn’t it? I’m glad they’re getting something, ’cause they have a hell of a time.

The film version of The Shock Doctrine should be available on Google Video (doesn’t seem to work right now, though…). Meanwhile, check this interview where Klein talks about her book:

EDIT:
Naomi Klein: One Year After the Publication of The Shock Doctrine, A Response to the Attacks