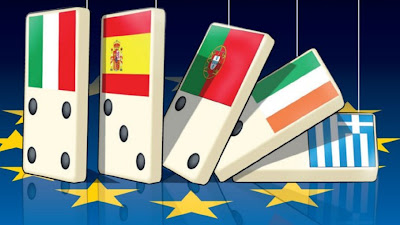 Increase the pressure, the guilty must pay.
We need balance of pain.
___

What happened to the borrowed millions?
Corrupt politicians, bankers, the mob and the rest of the parasites of the privileged elite made Greece collapse, and the disease is spreading. The middle class, just like in the United States, is about to become extinct, and the lower class will have to pay for the corruption caused by the upper class.
Who’s up next? Italy? Portugal?
2012 will be yet another year of total confusion, corruption and chaos. Are you ready to lower the minimum wage by 20 percent?

Some clips of interest:
“Greece is doomed”

Inside Job (must see!)

Money As Debt
Money As Debt II – Promises Unleashed
Money As Debt, Revised (both documentaries above in a condensed version)
Money As Debt 3 – The Rothschild Mafia
The Money Masters – How International Bankers Gained Control of America

7 thoughts on “Greece, the eurozone and the collapse”