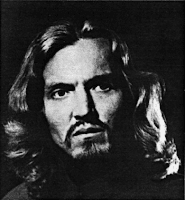 Robert DeGrimston was the founder of the very odd religious group The Process Church of The Final Judgement, whose main thing was that they worshipped both Christ and Satan. Their belief was that in the end times, Satan would join with Christ and together they were to judge humanity; Christ to judge and Satan to execute judgement.
The Process believed there are three God-patterns that exist within all of us.
Wikipedia:

The X Spot has a great article about these people here. The group existed between 1963 and 1974, and when Robert was removed from the top position as Teacher the group quickly renounced most of his ideas. They changed the name to Founding Faith of the Millennium, and within short time their focus had changed completely. Now they exist as Best Friends Animal Society, which is one of America’s best known animal welfare rescue groups (!).
However, I’m not at all interested in their old religious belief system. What I like is their old newsletters and prose, especially the book Satan on War. I enjoy the words immensely. Like this:

Know that life is worthless unless it is lived in the very teeth of death, that peace is nothing except as a fleeting moment in the midst of WAR, that love is empty save as a transitory oasis in a world of violent hatred, that to create is only meaningful in order to destroy. 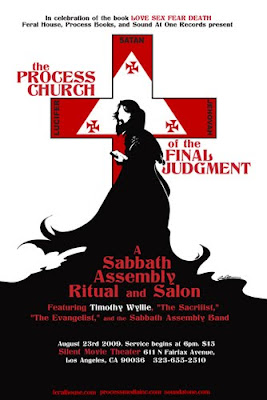