>The Stockholm International Film Festival has always been a pleasure. Last year I couldn’t go due to various reasons, but this time I’ll do my best not to miss out on some of the experience.

My best year was in 2003, when I had the pleasure of interviewing director Royston Tan (featured in the paper edition of Ny Moral #1). We hung out quite a bit, and watching his film, 15 – The Movie, was amazing after having spoken with him about it. I don’t think I would’ve enjoyed it as much if I hadn’t known the background, the struggle and all the madness surrounding the creation of the film.
The movie’s plot synopsis reads like this:
Fast, frenetic, and furious, 15 is the story of five Singaporian teenagers who, abandoned by the system and estranged from their parents and life in general, build their own world in which gangs, drugs, fighting, piercing, self-harm and suicide are common and brotherhood is important above all else. 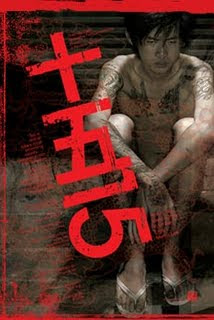 Royston is a huge fan of Roy Andersson, and somehow somebody managed to get us invited to Roy Andersson’s studio, Studio 24, and that was really interesting, since I’m a huge fan of Roy as well. We got to see some of his sets and his private cinema, and I also became friends with the producer of Sånger från andra våningen [Songs from the Second Floor], Lisa Alwert. I was supposed to interview her later on, but somehow that went down the drain. She’s got some wild stories about the production which I haven’t read anything about elsewhere. Maybe that’ll show up in Ny Moral #2…
We hung out a bit with Roy as well, but he really didn’t say much. Good guy, though.

I also exchanged a few words with David Lynch at Lydmar Hotel (check it out if you ever come to Stockholm, they have the coolest elevator!). I don’t remember what we said. He is one of my idols, so I guess I got starstruck.
All I could think of was what his big hair would look like after a shower… Weird. 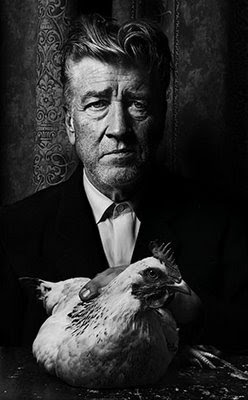 I also got to see Ong Bak, Goodbye Lenin, Aillen: The Life and Death of a Serial Killer, The Grudge 1 & 2, Prozac Nation, The Station Agent, Internal Affairs and Memories of Murder – all very watchable films (well, maybe not the Grudge films…). The worthless “graffiti” movie Bomb The System and the pretty dull and disappointing The Cooler are now erased from my memory.

In 2002 I had my most memorable cinematic experience ever. Gaspar Noé’s sickening film Irréversible really fucked with my mind. The opening sequence with the spinning camera, the evil sounds (Gaspar uses infrasounds that cause awe and fear to make people extra anxious), the disturbing images, the intensity… A lot of people left the theater after ten minutes. Even more left during the infamous rape scene. The ones who stayed until the end were rewarded with a very good film. But remember, it’s a whole different thing watching that stuff in a good theater with superhigh volume, sick surround sounds and these huge images attacking your eyes, compared to watching it at home. I’m really glad I got to see it then and there.
It won the Best Film award that year, which is pretty brave, because it really is an unpleasant movie. Even though I think the quality of the films has been lower over the recent years, they knew the game back then. They realized that it was a very good movie, even though it was highly controversial. I like that, and I hope they will bring that vibe back someday. 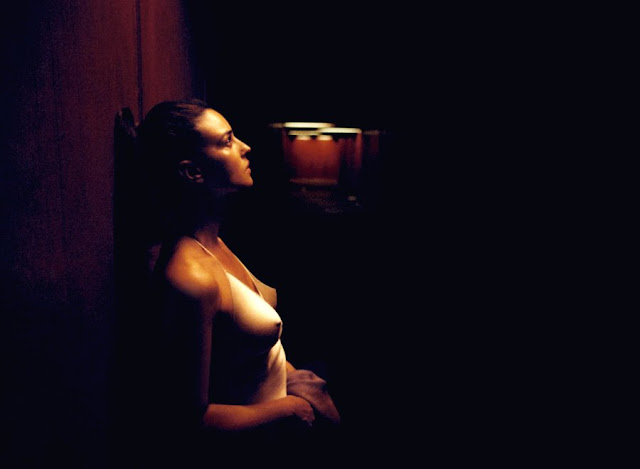 This year is the 20th edition of the Sthlm International Film Festival, and so far I only get to see four or five films. Hopefully they will blow my mind as well.

The Road
I read the book in 2006 when it came out and it was easily the best book I had read in a long, long time. It’s still one of my all time favourites. I wrote about it here.
I hope the movie has the same darkness, the same emptiness, the same uncontrollable combination of uncertainty and hope, and of course the same love.

The Limits of Control
Jim Jarmusch has never disappointed me, and I love how this movie is described in the press: Lights! Camera! Inaction!
As a fan of minimalism, film art and Jim Jarmusch this one should hit the spot for me.

Dogtooth
I have a feeling this one will be both scary and funny. The Fritzl theme brings the darkness. The absurdity brings the joy.

Waiting Room
A short film.
And I’m a sucker for gas masks.
And the plot synopsis rules:
The predicament of man forced to live in an immense void surrounded by nothing but waste, emptiness and degradation. A young man wearing a gas mask wanders through the deserted streets of a crumbling city. Only a few people — all male — still roam the streets and frequent the coffee shops. The anonymous young man is an existentialist hero in a world where man has been robbed of all purpose. 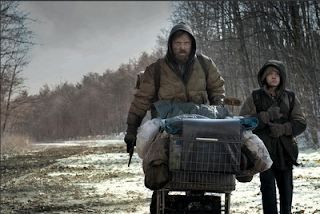 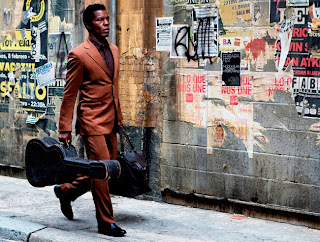 The Limits of Control 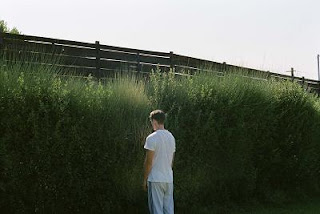 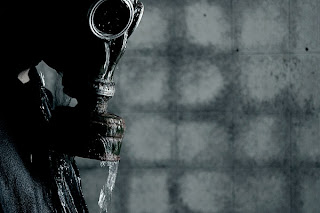