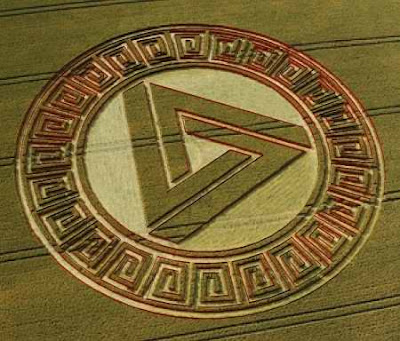 I don’t care at all for crop circles being some paranormal activity, I think that’s new age bullshit, but I love the art form and I find the symbolism interesting. Man made or natural phenomenon (mostly man made, obviously) — it’s a cool thing.
I saw one myself once (photo below), at Järvafältet where I live, but even though it was pretty small it was hard to appreciate the design when not being able to watch from above. It looked pretty lame compared to the big ones you’ve seen on TV. 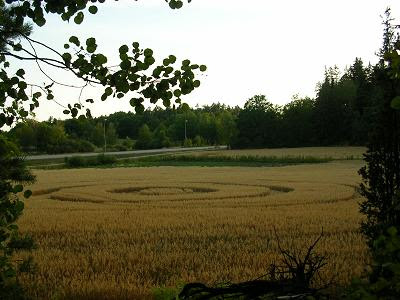 In many ways, crop circles remind me of graffiti. They are mostly made at night, having to deal with the darkness, the fear of getting caught or interrupted, the problem with very large scale designs made when being close to the object (the wall/the field), the limited time you have at your disposal, the problem with not being able to practice for real until you get there, the planning, the secrecy, the thrill, the complexity that few understand, the photos that must be shot before the art disappear forever, the satisfaction when it’s all done, the discussion afterwards, following what people say, smiling behind their backs (if they only knew…), the anonymous power of the art, the emptiness when the art is destroyed and the return for more. Many times it also includes the destruction of private property. 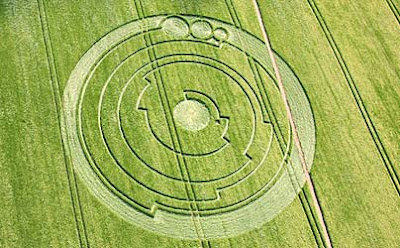 The crop circle above is believed to be the most complex one found yet. It was discovered summer 2008 in a barley field in Wiltshire, near Barbury Castle, an iron-age hill fort. The formation, measuring 150ft (45,72 metres) in diameter, is apparently a coded image representing the first 10 digits, 3.141592654, of pi!
Michael Reed, an astrophysicist, said: “The tenth digit has even been correctly rounded up. The little dot near the centre is the decimal point. The code is based on 10 angular segments with the radial jumps being the indicator of each segment. Starting at the centre and counting the number of one-tenth segments in each section contained by the change in radius clearly shows the values of the first 10 digits in the value of pi.“
Bloody amazing.

Here are a couple of small shots detailing the first photo in this post, the one with the Penrose triangle, which was also found in Wiltshire, by the way. 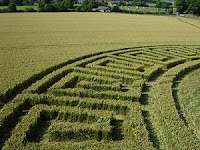 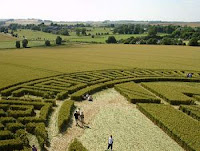 Another super complex crop circle is the one depicting the Metatron Cube. It is the emblem of whatever hidden change occurred in the West around about the time of the First Crusade, almost certainly associated with Islamic architecture and possibly to indigenous and Jewish sacred, but by then secret, traditions. Richard Heath writes a great deal about its geometry here (I don’t get half of what he says…) and he also quotes Rene Guenon and the book Lord of the World:


Although Mikaël is identified with Metatron, he represents only one aspect. Beside the luminous face, there is a dark face represented by Samaël, also known as Sarhaolam— in fact, it is this latter aspect, and it only, which symbolizes in a lower sense the ‘spirit of the world’, or the Princeps hujus mundi referred to in the Gospels. Samaël’s relationship with Metatron, as the latter’s shadow, so to say, justifies the use of the same title in a twofold sense as well as making it clear why the ‘number of the beast’, the apocalytic 666, is also a solar number.” To quote Saint Hippolytus in conclusion: ‘The Messiah and the Anti-Christ both have the lion for their emblem’, another solar symbol. The same remarks may be applied to the serpent and to many other symbols. From a Kabbalistic viewpoint, we have here the two opposite faces of Metatron; we need not go into the theories we might formulate on this double meaning of symbols, only noting that the confusion between the luminous and the dark aspects is what properly constitutes ‘Satanism’. It is precisely this confusion that allows some, unintentionally and through simple ignorance (an excuse, not a justification), to believe that an infernal significance is to be found in the title ‘Lord of the World’. 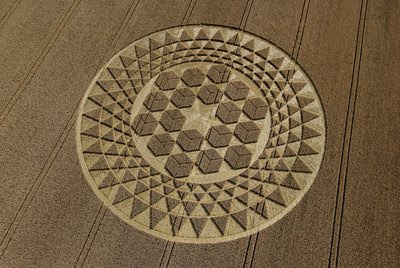 The interpretation of the Metatron Cube
There are tons of photos of crop circles on the mighty www, so do some image searches on Google and you’ll be satisfied for sure. Here are some of my faves: 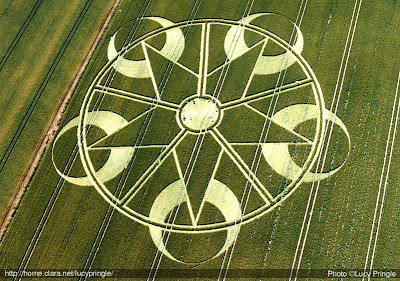 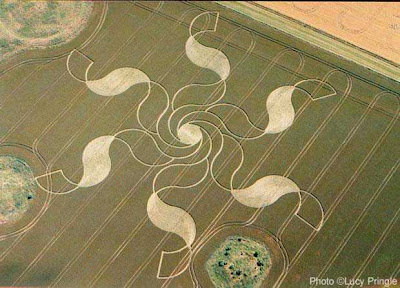 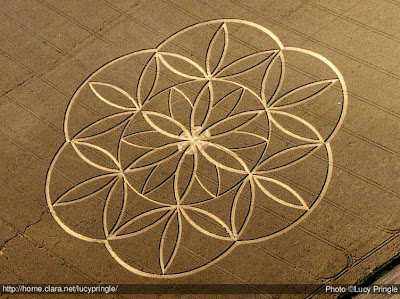 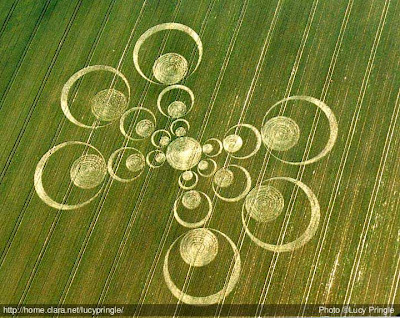 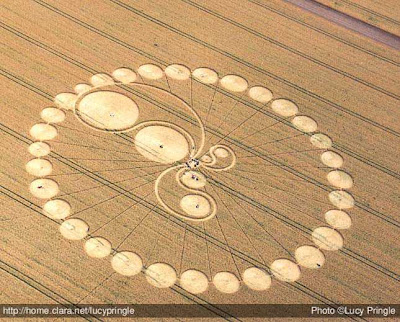 2 thoughts on “>The art of crop circles”