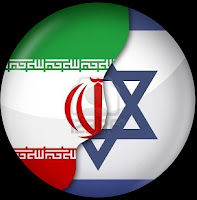 We have hundreds of thousands coming back from these wars that were undeclared, they were unnecessary, they haven’t been won, they’re unwinnable, and we have hundreds of thousands looking for care. And we have an epidemic of suicide coming back. And so many have – I mean, if you add up all the contractors and all the wars going on, Afghanistan and in Iraq, we’ve lost 8,500 Americans, and severe injuries, over 40,000. And these are undeclared wars.
Ron Paul, 2012

Ron Paul’s anti-interventionist foreign policy views are in a way supported by a majority of Americans, who don’t think the Iraq war was worth the cost in lives and taxpayer dollars. 58% said no, 27% said yes and 15% did not have an opinion.

So, as the warmongering elite (neocons and Zionist scum, also known as chickenhawks (people who strongly support war and gladly send kids off to kill and be killed, but who actively avoided military service when of age)) are putting as much pressue on Iran as possible to make Iran strike first and simply goad Iran into war, making Obomba the war hero right before the election, the video below should be of great interest.

As for the war in Iraq… You think it’s over? The title for this post is stolen from The War is Over; Let It Begin, where Ron Jacobs writes:

Meanwhile, in Iraq the number of bombings is increasing as various groups fight over turf and control while the democracy and freedom promised by George Bush and heralded by Barack Obama continues to be a figment of some DC speechwriter’s pen.  The world’s largest CIA station outside of Langley, VA. operates at will from Baghdad, stirring up trouble in Iraq, Iran, Palestine and other nations in the region while the US client state in Tel Aviv continues to ramp up the war rhetoric against Iran while tightening its grip on the people of the West Bank and Gaza (and the political system of the United States).  Let’s not forget Saudi Arabia, whose autocratic monarchy just purchased 84 F-15s at the cool price of approximately $25 billion.  Meanwhile, in Afghanistan, the guerrilla war waged by the Taliban and other anti-occupation forces continues, as does the close-to-$200-million-per-day US effort to destroy that resistance.  Over the Afghan mountains the people of Pakistan wonder if they will be the next targets of US ground troops while US-armed drones fly and kill almost daily into some areas of that country.

Mainstream news media is as always more interested in the presidential horse race than in the candidates positions on certain issues, so we have to rely on blogs and such for valuable information. You’ll find some of them in the blog roll to the right.
Now, check the video:

RELATED POSTS
Ahmadinejad disclaimer
Ahmadinejad and honesty
The demonized Ahmadinejad
Nuclear war games for real
Propaganda for war
Gilad Atzmon – Taking Elder Peres apart
The Israeli and the US warmongers
All articles about the Israel Lobby (see the “Selected articles” section to the right)
McCain or Obama – Does it really matter in the long run?
Obama + Clinton = Change?
Obama – Hope or hopelessness?