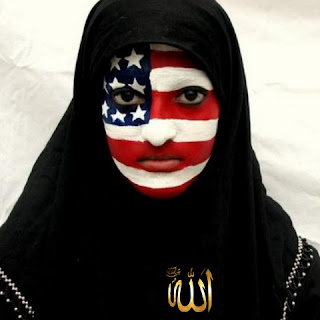 In April 2009 I wrote a short piece entitled Engaging the Muslim World which contained the famous Bin Laden quote ”If I hated the Western way of life I would have hit Sweden” (meaning Bin Laden did not detest the US way of life, but the US foreign policies regarding for example Iran, Afghanistan and Israel/Palestine). A few things have happened since then.

Sweden is now in charge of a Provincial Reconstruction Team in Afghanistan and Sweden just faced the arrival of our first suicide bomber (no tie to al-Qaida yet, but definitely to fanatic, extremist muslim terrorism). Is there a connection? Well, to Taimour Abdulwahab, the terrorist, there sure was.

Most experts of today agree that the war in Afghanistan is a war that can’t be won. So maybe we should adapt our policies?

But then again, in the mind of a terrorist, had we not been helping out in Afghanistan there might have been a bunch of other reasons to hit Sweden. Terrorism shouldn’t be that rational. If it is, then it’s not labelled terrorism, but… perhaps, US foreign policy? Hell, Hillary Clinton has labelled the force of WikiLeaks as terrorist, so…
Everything is upside down in this world full of hate and confusion.

As for WikiLeaks, I’m stunned how weak mainstream media (at least here in Sweden) is when it comes to exposing and dissecting the material. If a journalist’s job is to investigate and challenge power, then the media is not doing its job. But that should come as no surprise, since mainstream media is a huge part of the power mongering elite itself. I wrote about that in the Fucked By The Mainstream articles.

One of the most amazing telegrams to come out of the WikiLeaks tank is the one talking about foreign contractors run by ex-Green Berets and war veterans who teamed up with Afghan policemen, took drugs and then hired and raped some Afghan ”dancing boys” (i.e. child prostitutes) in the ass. Something like that…
How come we don’t get to see that stuff in the mainstream media?

Read the breaking story here.
The Guardian reported about it here.
And this is the cable leaked by WikiLeaks: Afghan government asks US to quash ‘dancing boys’ scandal.

One thought on “>A World of Confusion”