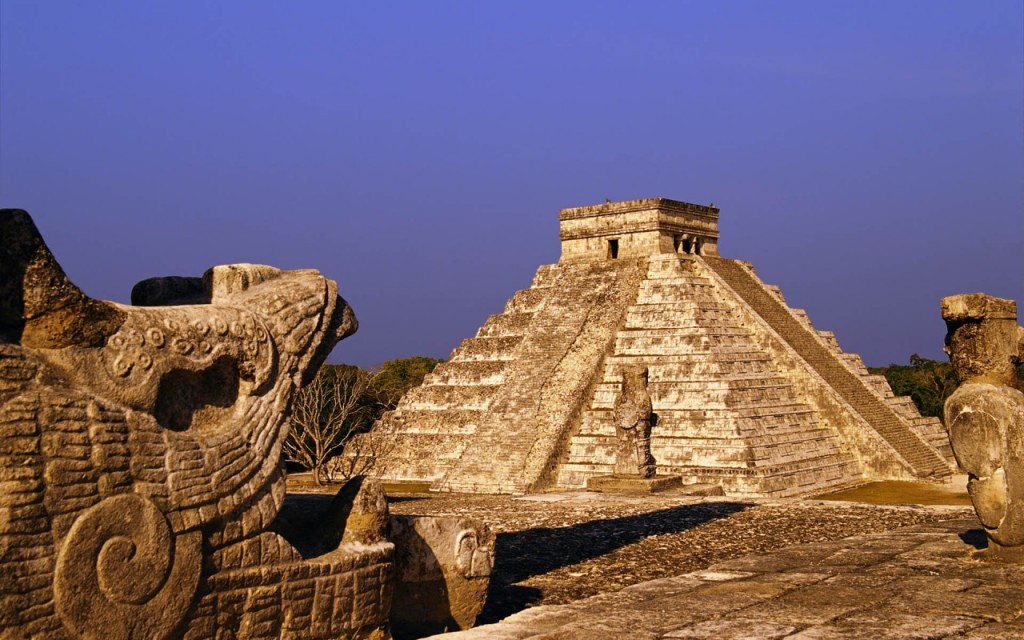 “Behind me, towering almost 100 feet into the air, was a perfect ziggurat, the Temple of Kukulkan. Its four stairways had 91 steps each. Taken together with the top platform, which counted as a further step, the total was 365. This gave the number of complete days in a solar year. In addition, geometric design and orientation of the ancient structure had been calibrated with Swiss-watch precision to achieve an objective as dramatic as it was esoteric: on the spring and autumn equinoxes, regular as clockwork, triangular patterns of light and shadow combined to create the illusion of a giant serpent undulating on the northern staircase. On each occasion the illusion lasted for 3 hours and 22 minutes exactly.
(Check video here)

[…]
I passed by and made my way to the foot of the steep steps that led up to the adjacent Temple of the Warriors.
At the top of these steps, becoming fully visible only after I had begun to ascend them, was a giant figure. This was the idol of Chacmool.

[…]
Weighing on my mind was the unforgettable fact that the ritual of human sacrifice had been routinely practised here in the pre-Colombian times. The empty plate that Chacmool held across his stomach had once served as a receptacle for freshly extracted hearts. ‘If the victim’s heart was to be taken out’, reported one Spanish observer in the sixteenth century, ‘they conducted him with great display … and placed him on the sacrificial stone. Four of them took hold of his arms and legs, spreading them out. Then the executioner came, with a flint knife in his hand, and with great skill made an incision between the ribs on the left side, below the nipple; then plunged in his hand and like a ravenous tiger tore out the living heart, which he laid on the plate…’ 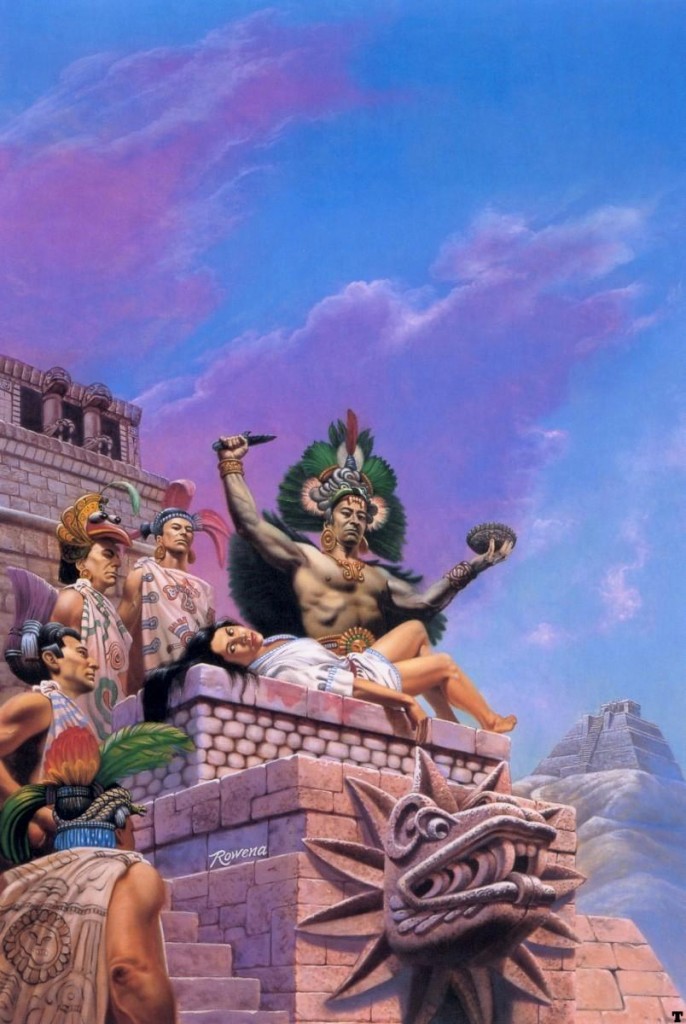 What kind of culture could have nourished and celebrated such demonic behaviour? Here, in Chichen Itza, amid ruins dating back more than 1200 years, a hybrid society had formed out of intermingled Maya and Toltec elements. This society was by no means exceptional in its addictions to cruel and barbaric ceremonies. On the contrary, all the great indigenous civilizations known to have flourished in Mexico had indulged in the ritualized slaughter of human beings.

Villahermosa, Tabasco Province
I stood looking at the Altar of Infant Sacrifice. It was the creation of the Olmecs, the so-called ‘mother-culture’ of Central America, and it was more than 3000 years old. A block of solid granite about four feet thick, its sides bore reliefs of four men wearing curious head-dresses. Each man carried a healthy, chubby, struggling infant, whose desperate fear was clearly visible. The back of the altar was undecorated; at the front another figure was portrayed, holding in his arms, as though it were an offering, the slumped body of a dead child.

The Olmecs are the earliest recognized high civilization of Ancient Mexico, and human sacrifice was well established with them. Two and a half thousand years later, at the time of the Spanish conquest, the Aztecs were the last (but by no means the least) of the peoples of this region to continue an extemely old and deeply ingrained tradition.

They did so with fanatical zeal.

It is recorded, for example, that Ahuizotl, the eight and most powerful emperor of the Aztec royal dynasty, ‘celebrated the dedication of the temple of Huitzilopochli in Tenochitlan by marshalling four lines of prisoners past teams of priests who worked four days to dispatch them. On this occasion as many as 80,000 were slain during a single ceremonial rite. 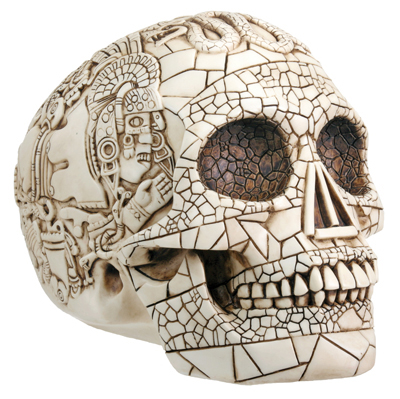 The Aztecs liked to dress up in the flayed skins of sacrificial victims. Bernardino de Sahagun, a Spanish missionary, attended one such ceremony soon after the conquest:

‘The celebrants flayed and dismembered the captives; they then lubricated their own naked bodies with grease and slipped into the skin … Trailing blood and grease, the gruesomely clad men ran through the city, thus terrifying those they followed … The second-day’s rite also included a cannibal feast for each warrior’s family.’

Another mass sacrifice was witnessed by the Spanish chronicler Diego de Duran. In this instance the victims were so numerous that when the streams of blood running down the temple steps ‘reached bottom and cooled they formed fat clots, enough to terrify anyone’. All in all, it has been estimated that the number of sacrificial victims in the Aztec empire as a whole had risen to around 250,000 a year by the beginning of the sixteenth century.

What was this manic destruction of human life for? According to the Aztecs themselves, it was done to delay the coming of the end of the world.”
—
The above text is an excerpt from Fingerprints of the Gods by Graham Hancock.
— 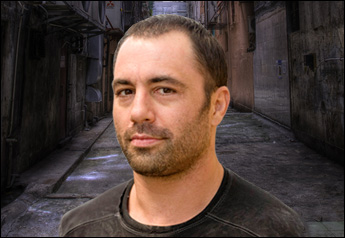 Joe Rogan of UFC fame has a brilliant podcast, and one of the most interesting so far featured Graham Hancock. Check it out here: The Joe Rogan Experience – Episode #142

Also check The Joe Rogan Database for a quick overview of all the podcasts. At the time of writing there are 192 podcasts to browse through. Phew… Too much blood, not enough time.