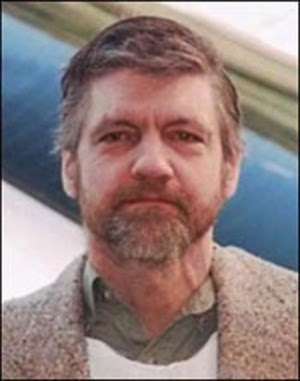 When finally caught, Theodore Kaczynski was at once dismissed as a nutcase. People said ”He killed because he was insane”, rather than asking themselves ”Why did someone so like me commit murder?”
And so, the man who media at first portrayed as a genius and then a hermit was now dubbed a nut. There was nothing more to explore. The man was a freak. Case closed. And then silence.

As for the proceedings in court, Kaczynski’s lawyers and family worked hard for the court to declare Ted mentally insane to save him from the death penalty. His family gave interviews to all the major newspapers and television shows, saying that Ted had been mentally ill since childhood. Their campaign was very effective. The only problem was that Ted himself constantly would object to the whole insanity thing. ”David knows very well that I would unhesitatingly choose death over incarceration”, he writes in his book Truth Versus Lies. Ted would rather die for his ideas than being humiliated in court, being labelled insane. He valued his ideology more than his own life.
Ted asked his lawyers for them to send for his test results that he recieved during his years at Harvard, when he was participating in Professor Murray’s psychological experiments. They would prove he was clearly not insane at the time. His lawyers didn’t put much work into it, and they did so for a reason: it would ruin their case. They were well known for being respectable and reliable and they had worked on this ”mentally defect” line for so long it would ruin their reputation if the old test results would show what Kaczynski claimed – that he was perfectly normal.
In fact, the defense attorneys refused to let Kaczynski meet with psychiatrists, fearing they would not come to the ”correct” conclusions. They said their client had a ”pathological dread of examination by psychiatrists”, which was very far from the truth. One professor of psychiatry, Phillip J. Resnick, was not convinced that Kaczynski suffered from a mental disease, the writings of the Unabomber did not show this at all. While media, the defense attorneys and the Kaczynski family cemented the belief that celibacy, primitivism and that kind of lifestyle and ideas were signs of mental illness, Kaczynski rationally concluded that if he was labelled mentally ill his political agenda would be denigrated and he could not sit back and accept that. Resnick wrote several letters to the court asking for Kaczynski to be examined by a psychiatrist, without success.
At the same time the story about Murray’s experiments in the 60’s surfaced in the press, and people immediately assumed that he had suffered from mental illness since he had been psychologically examined back then. But nobody knew exactly what had happened at Harvard, not even the family. It was all rumours and media kept the real significance of the Harvard data in the dark, letting the rumours grow.

It was not until February 1998, when it was too late to make a difference, that Kaczynski managed to persuade his attorneys to send his answers from these psychological tests, along with the answers of the twenty-one other study objects, to a psychological testing expert. Because the individuals who took these tests were identified only by code names the expert could conduct a blind evaluation measuring the answers without knowing who had given them.
The expert, Berthram Karon, found that on a scale of 0 to 10, with 0 a complete abscense of illness and 10 the highest degree of illness, Kaczynski scored 0 for ”Schizotopy” and 2 for ”Psychopathy”. In other words, Kaczynski was perfectly normal.

After much delay and stalling from Ted’s attorneys the court finally sent for psychiatrist Sally Johnson to examine Kaczynski. She spent ten days interviewing him and reading his writings. She concluded that he was competent to stand trial and represent himself, which was exactly what he wanted. She wrote that ”he does no show evidence of overt disorganization or psychotic symptomology”, and does not show ”evidence of a mood disorder, obvious thought disorder, intellectual dysfunction”. But – and this is the weak threads on which they hung a diagnosis of mental illness – he is ”introverted, shy, and socially insecure”, and he believes ”the system as it exists is bad and rebellion against it is justified”, and that ”freedom and personal dignity have greater importance than comfort and security”. She saw it equally symptomatic that he ”feels compelled to live a life of extreme isolation and to focus his energy against all aspects of society that are attempting to control the masses.”
Media immediately hailed the report as proving Kaczynski insane.

Only three days after Johnson delivered her report to the court the trial was on. The judge – to everyone’s astonishment – denied Kaczynski’s request for self-representation, even though the report clearly stated that he’d be able to represent himself in court. What the hell happened?
The only explanation the court could provide was delay: Kaczynski had waited too long to invoke his right to self-representation. It was obvious that this cheap judge wanted a quick trial so he could go on with his life.

Facing a humiliating trial in which his attorneys would portray him as insane and his philosophy as the ravings of a mad man, Kaczynski capitulated: In exchange for the government’s agreement not to seek the death penalty, he pleaded guilty to thirteen bombings that killed three men and seriously injured two others, and took responsibility for sixteen bombings from 1978 to 1995.
On May 4, 1998, Kaczynski was sentenced to life in prison without possibility of parole. 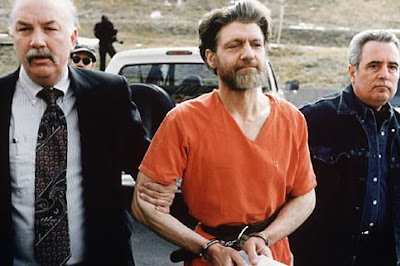 One thought on “>Theodore Kaczynski, The Unabomber — Part Nine”