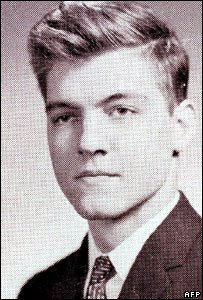 Theodore Kaczynski, the militant atheist who believed that violence was the only solution.
In an untitled essay in 1971 (pre-Manifesto) he wrote: ”The principal effect of technology is to increase the power of society collectively. This empowers social forces that are then able to use the machinery of society to impose their choice universally… The eventual result will be a world in which there are only one system of values”.

Kaczynski was a literary man. He was particularly fond of the Uruguayan writer Horacio Quiroga, he liked his works so much he even translated at least two of them into English. He also enjoyed Joseph Conrad immensely (real name Józef Teodor Conrad Korzeniowski — they shared the same name, and Kazcynski often used the pseudonym “J. Konrad” when travelling to plant his bombs), The Secret Agent being one of his favourite novels. No wonder, since it’s about terrorist revolutionaries who declare war on science…
His acts of violence were supported by his reading of history, and he found his role models in literature.

When in the last week of June 1995, the New York Times, the Washington Post, Penthouse Magazine and Tom Tyler (social psychologist) recieved the 35,000 word document entitled Industrial Society and Its Future, soon dubbed The Unabomber Manifesto, they were given an ultimatum: ”If the enclosed manuscript is published reasonably soon and recieves public exposure, we will permanently desist from terrorism”. He gave all three publications three months to respond.

New York Times and Washington Post published the entire essay as a special supplement on the 19th of September. The reaction was incredible. No other essay in recent times had created such a stir in society. A criminologist specializing in serial killers observed that ”Numbers of people seem to identify in some way with him”. The Nation announced that the manifesto’s first sentence ”is absolutely crucial for the American public to understand and ought to be on the forefront of the nation’s agenda”.
The first sentence reads:

The Industrial Revolution and its consequences have been a disaster for the human race.

Alston Chase writes in his book Harvard and The Unabomber: ”The manifesto was ignored, in sum, not because the ideas were so foreign, but because they were so familiar. Except for the call to violence, its message was ordinary and unoriginal. The concerns it evinced about the effects of technology on culture and nature, are widely shared, especially among the country’s most highly educated”.

The Unabomber, Chase writes, simply warned about what we all should be concerned about: ”genetic engineering, pollution, pesticides and herbicides; brainwashing of children by educators and consumers by advertising; mind control, cars, SUVs, power plants and power lines, radioactive waste; big government, big business; computer threats to privacy; materialism, television, cities, suburbs, cell phones, ozone depletion, global warming; and many other aspects of modern life”.
What he wrote appealed to the vast majority of the population, and of course it was entirely intentional. He borrowed ideas from Spengler, Nietzsche, Marx, Aristotele, Schopenhauer, Freud, Adorno, and many, many others, so that people could relate to his philosophy.

As for the ecological part, many claim that Kaczynski didn’t care at all about the environment: it was just a flirtation with ecological groups to gain their support. The manifesto, in sum, consists of two theories: the philosophical one (him being opposed to ”bigness” — big business, big government, big science — that destroy and limit human freedom) and the environmental one (which he, according to many, used for tactical reasons).
Alston Chase notices that these two theories are incompatible:

Of course, it is possible that Kaczynski put forward these two (chronological and cultural) theories not for tactical reasons but simply because he failed to note their incompatibility. But given his logical mind, this is unlikely. It is more probable that his proffering both theories was, indeed, tactical. And if so, then in having his manifesto published he had pulled off a colossal stunt. His previous deceptions… […] …the word games and package bomb adresses – may have momentarily confused the FBI. But now he had fooled the entire country, not just for a few weeks but for years! Everyone believed he was an environmentalist. 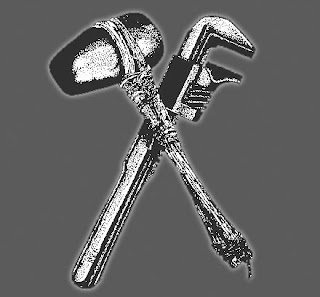