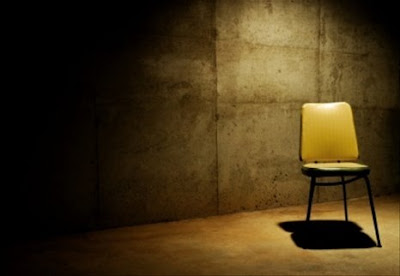 ”We were told that we were to engage in a debate about our personal philosophies, and then found that our adversary in the debate subjected us to various insults that, presumably, the psychologists helped him to concoct. It was a highly unpleasant experience.”
Ted Kaczynski to attorney Michael Mello, September 19, 1998

The students had been led to believe that they were to debate their life stories and moral with another graduate student like himself. However, when the subject arrived for the debate he was led into a very brightly lit room and seated in front of a one-way mirror. A camera recorded his every move through a hole in the wall. Electrodes that recorded his heart rate were attached to his body.
Instead of a casual student they were confronted with a talented lawyer who knew everything about them. The lawyer was carefully coached to launch an aggressive attack on his younger and totally unprepared victim as he was trying to explain and defend his philosophy of life — for the purpose of upsetting him as much as possible. Many participants of course found this treatment severely traumatic.
After these sessions they were called back for several ”recall” interviews, and sometimes they were asked to comment on the videos of themselves, were they were being reduced to anger, often totally lost, not being able to finish sentences because they were caught off guard and so on. In the last year of the experiment Murray made the students available to his personal graduate students, to serve as guinea pigs for their own research projects.
Alden E. Wessman, a former research associate of Murray’s who had been bothered by the ethical dimensions of this study said: ”Later, I thought: ‘We took and took and used them and what did we give them in return?’”

Kaczynski’s code name during the experiment was ”Lawful”.
The confrontation took place during the winter of 1960.

One thought on “>Theodore Kaczynski, The Unabomber — Part Twelve”