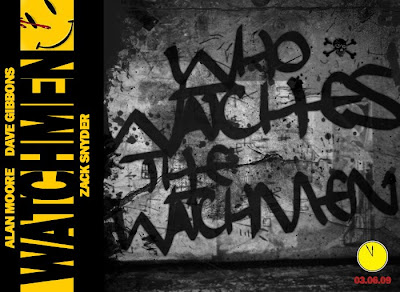 Yeah, you know, that old graphic novel (i.e. comic book) by Alan Moore (writer) and Dave Gibbons (illustrator) which is now being adapted to the screen. I love that comic. It’s kind of Ny Moral in a nutshell.

Because to me Watchmen is about the delusion and condemnation of humanity. It’s about what happens when we abuse power and responsibility, when ”soft-spoken” fascism dictates the rules of everyday life. When people who think they know what’s best for you tell you what to do. It’s about what needs to be done to save humanity. And it asks two questions:
Who watches the watchmen?
Does the end justify the means?
The solution to humanity is rather dystopic and misanthropic, I’d say. 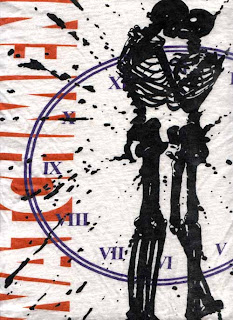 When Alan Moore unleashed Watchmen in 1986/87 he created a whole new way of looking at comics. All of a sudden comics where of literary value. When TIME Magazine picked the 100 best English-language novels from 1923 to the present, Watchmen was right up there alongside The Catcher in The Rye (J.D. Salinger), Catch-22 (Joseph Heller), 1984 (George Orwell), Blood Meridian (Cormac McCarthy), Tropic of Cancer (Henry Miller), A Clockwork Orange (Anthony Burgess), Lord of The Flies (William Golding), Gravity’s Rainbow (Thomas Pynchon), Slaughterhouse Five (Kurt Vonnegut), The Grapes of Wrath (John Steinbeck) – to name my personal favourites — and other novels by William Burroughs, Doris Lessing, J.R.R. Tolkien, Ernest Hemingway, Salman Rushdie, Virginia Woolf, Graham Greene, Toni Morrison… The list goes on. Watchmen is also the only graphic novel to win a Hugo Award. All this elite stuff is almost hard to believe, but when reading Watchmen you’ll understand. Or else, in a fascist kind of way, they will make you understand, with the help of the written word, commercials, money, capitalism, corruption, chaos – a maximum overload of information. That’s how it works. But constantly being told what to do raises scepticism amongst individuals, and anti-authority works both ways; some like it, some don’t.

Watchmen thrives on the complexities of life, of being human, and adds to that the odd twist of what it would be like if superheroes – or rather masked ” heroes”, devoid of supernatural powers (Dr. Manhattan excluded), acting as vigilantes — really existed in our modern world. What if God all of a sudden walked the Earth? ”Shall not the Judge of all the earth do right?”, quoted from Genesis chapter 18, verse 25.
Obviously, it’s not that easy.
What Moore does is that he gives coherence to these complexities. In his own words: ”it is possible to think about politics, history, mythology, architecture, murder and the rest of it all at the same time to see how it connects”. 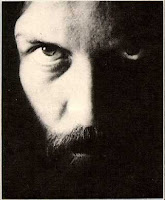 Catching up on Alan Moore, and watching The Mindscape of Alan Moore DVD (watch it here!), I find I really like this guy. Check out what he says about information in this great interview:

Information is funny stuff. In some of the science magazines I read, I’ve found it described as an actual substance that underlies the entirety of existence, as something that is more fundamental than the four fundamental physical forces: gravity, electromagnetism and the two nuclear forces. I think they’ve referred to it as a super-weird substance. Now, obviously, information shapes and determines our lives and the way we live them, yet it is completely invisible and undetectable. It has no actual form; you can only see its effects. Information is a kind of heat. I would suggest that as our society accumulates information, from its hunter-gatherer origins to the complexities of our present day, it raises the cultural temperature.
I feel that we may be approaching a cultural boiling point. I’m not saying this is a good thing or a bad thing; I really don’t know because I can’t imagine it, quite frankly. But I think we may be approaching the point at which the amount of information we are taking becomes exponential, and I’m not entirely certain what kind of human culture will exist beyond that point. Except it will happen sooner than we expect, and the difference between us and the kind of people that will exist after such an event will be vastly different than the difference between us and the hunter-gatherer society we’ve evolved from.

You’re saying we might not be able to recognize human beings of the future that well.

Yeah, it could be a quantum leap, a sudden, massive and unprecedented leap. Boiling point is a good analogy, because what you have before that stage is water. What you have after it is something that does not behave at all like water; it’s a completely different substance altogether. And that’s what I see looming for society — and it’s probably necessary, probably inevitable, probably scary. That’s my prognosis. I suppose, as an artist, one of the obligations upon my work is to try and prepare people for the more complex world, to try and make it more palatable and accessible to them and not quite so frightening. That would seem to be a worthy goal, illuminating reality. 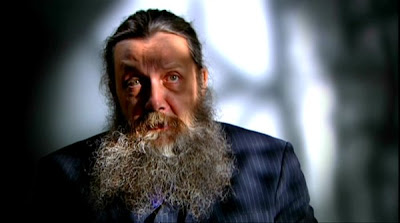 On another note: As for the nobel prize in literature I’d suggest we give it to Cormac McCarthy. Or Iain Sinclair. Or why not Alan Moore? But maybe it would do them and the fans more bad than good, so let’s not make it complicated.

PS. If you’re really interested in Watchmen, you should check out The Annotated Watchmen!
And here’s a Watchmen Wiki…
And this blog post pretty much concludes that Rorschach is a Jew…
As you can see, we’re dealing with information overload here as well.

And as for the movies, From Hell, The League of Extraordinary Gentlemen, V For Vendetta and Watchmen, here’s Alan Moore talking about his disgust for Hollywood, stating clearly that the comics ”were written to be impossible to reproduce in terms of cinema”. He obviously hates them all.