>I wrote an article about Watchmen in September last year (read it here!), and now the movie has finally arrived. It’ll be damn exciting to watch the Watchmen, I tell you! I hope they’ve kept the darkness and seriousness which is always present in the brilliant comic novel, or else I’ll be disappointed. I mean, it’s tough enough to make a comic book about superheroes seem mature, but that’s where the comic succeeds 110%. It’s extremely good and I deeply urge each and everyone of you reading this blog to give the book a try. It’s one of the best books I’ve ever read.
From what I’ve seen so far the movie looks really good. Director Zack Snyder made a great visual impact with 300 (I wrote a bit about that here), so I have no doubts there… The big question is how it feels. 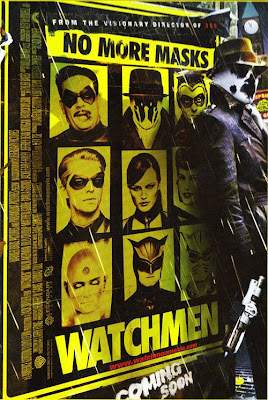 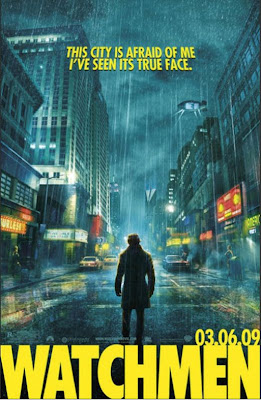 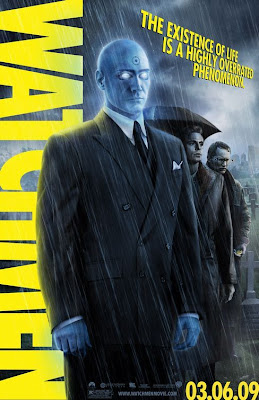 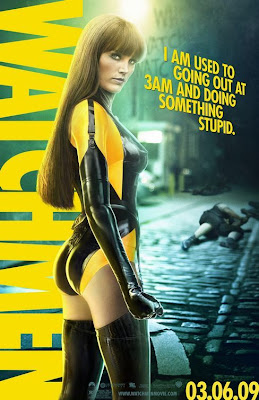 Dog carcass in alley this morning, tire tread on burst stomach.
This city is afraid of me. I have seen its true face.
The streets are extended gutters and the gutters are full of blood and when the drains finally scab over, all the vermin will drown. The accumulated filth of all their sex and murder will foam up about their waists and all the whores and politicians will look up and shout “Save us!”… and I’ll look down and whisper “No.“
They had a choice, all of them.
They could have followed in the footsteps of good men like my father or President Truman. Decent men who believed in a day’s work for a day’s pay. Instead they followed the droppings of lechers and communists and didn’t realize that the trail led over a precipice until it was too late.
Don’t tell me they didn’t have a choice.
Now the whole world stands on the brink, staring down into bloody Hell, all those liberals and intellectuals and smooth-talkers…
and all of a sudden nobody can think of anything to say.
Rorschach’s journal, October 12th, 1985