The best movie of all time.

At present time I’ve rated 1417 movies at filmtipset.se [username: indygrinder]. So far only 35 films have been worthy of the highest possible grade. In the 21st Century I’ve only watched five truly superb flicks.
Is it me or is it the movies?
Truthfully, I believe people are too keen on giving high grades…

Here are my top 35 movies of all time in chronological order. Few surprises, I guess, and I probably forgot a bunch. And of course there are still endless of movies that I haven’t seen yet… Still, when I’m in need of a damned good film I’ll just watch one of these and I’m good.

Leni Reifenstahl’s absolute masterpiece. No matter how much you despise the message you cannot deny the superb filmic quality and craftmanship. It is a reminder of a time almost too surreal to be true.
The whole movie is watchable at YouTube here, but I strongly recommend a high quality DVD release.

I told myself not to include documentaries on this list, but these films must be mentioned.

Not much to add.
Reifenstahl was crowned The Mother of Modern Film.
Righteously so.

I often tend to dismiss classics as overrated, but Citizen Kane really did it for me when I first watched it at film school on the big screen. Having read so much about Orson Welles and the movie it was pure bliss watching all the details, getting hooked by the storytelling and being blessed by the magic of Mr. Welles.
Read a lenghty review here.

I liked this one a lot for many years, but when I got a hold of the Criterion edition with the magnificent audio commentary by Michael Jeck I became an Akira Kurosawa worshipper. If you haven’t seen the movie with Michael Jeck as your guide, you simply have not seen the movie.
Strangeness: There are only six samurai on the cover…

I’m no superultrafreakfan of Ingmar Bergman, but Vargtimmen is one helluvan evil flick. I watched this one too on the big screen when studying film at the university and I truly love the cinematography.

(I must point out that even though Det Sjunde Inseglet [The Seventh Seal] is not on this list, it is definitely an awesome movie. But it’s not worthy of the Indy 500 top rating…)

No words necessary. Everything is perfect.
If I had a gun to my head and was forced to choose just one movie that I had to watch forever in Hell I could easily go for The Godfather.

Just as good as the first one. In fact, I think this sequel is better. Thus: Everything is perfect. But for the full experience I think you need to see all the Godfather movies in a row. And then once more with the audio commentary tracks. It’s pure magic.

Godfather: Part III (1990) is so underrated. It’s such a good film, but it doesn’t qualify on this list (the list of my four star rated films is endless…).

I’m obsessed with this masterpiece.
Read my thoughts about the film here.

It’s all about the atmosphere.
And by far the most grim looking monster in any movie to date.

If all the movies on this list are rated 5/5, then Apocalypse Now in my mind is a definite 6. It’s better than everything else.
As for the Redux version, I’m not sure. I’ve only watched it once, and I immediately dismissed it for ruining the ultimate doom movie.
I think I’ll watch it again and give it a second opinion.

One of the funniest movies ever. So many memorable scenes and quotes it’s almost surreal. I hate the ending, though. That fucking song… I hate it.

The best sci-fi movie ever, and it doesn’t even contain any sci-fi!
Master Tarkovsky kills the competition.

This is a TV production, but what the hell…
Lars Norén. Enough said.

Lasse Åberg is a dork, but this film is a true Swedish classic. No doubt.
After the success of this one he made another four films of which only the sequel, Snowroller, is worthy. The rest suck big time.

Another Lars Norén TV drama that will kill your soul and rape your mind.
Elite!

Another television drama, this is part five of ten in Kieslowski’s powerful series dealing with the ten commandments (this one being “Thou shalt not kill”).
I wrote about it in July 2007 here.

Wow! This is such an underrated movie.
It’s the work of mad men, and thus it’s so bad it’s beyond bad and turns out truly superb. Genius!
I love this movie so much and I watch it at least two times every year.
The sequel pretty much sucks… For real.

I guess we all got a bit fed up with this movie for a while since everybody was talking about it everywhere. However, it’s a genuine classic and deserves no less than the highest possible rating. I recommend seeing it with the audio commentary track if you haven’t done so already. 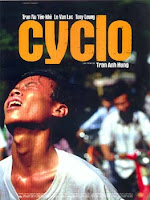 A Vietnamese masterpiece which is both beautiful and shocking.
Genius and brutality by the director of The Scent of Green Papaya, Anh Hung Tran.

Even though Se7en is at its very best the first time you watch it, it’s a movie made with such elegance and instinctive feel I can watch it over and over again. Splendid cinematography by the Iranian master Darius Khondji as always.
Read an article about him here. 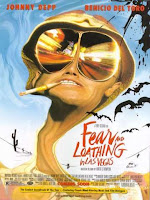 The first Dogma movie was a really good one. Not so much because the use of the Dogma regulations, but because of the nervous tension that builds and builds throughout the film.
An amazing drama.

Finally a film featuring my favourite actor, Philip Seymour Hoffman! In my opinion he’s always on point. And so is this film. 5/5 all the way.
If I had to recommend only one independent film, this would be it.

To me, this movie pretty much says “I must change before I am forever stuck being the person that I am not”, as somebody so eloquently put it.
It’s a wake up call making some very bold statements against this sick consumerism-driven society that we live in.
I’ve written some texts about situationism here.

A must see. So many great performances.

Yet another TV production.
Of all the stuff that Killinggänget created, this one is my favourite.
It’s balancing perfectly on this thin line between comedy and tragedy.

I’m no fan of uplifting movies, but Amélie is simply too good to resist.
This is a Film with a capital F.

Another Film with a capital F. Totally brilliant!
As for the TV series and the City of Men stuff, I wasn’t that impressed.

99 times out of 100, Swedish films suck so bad it’s unbelievable.
This is one of very few exceptions. This is poetry in motion. It brought me to tears, which hardly ever happens with movies.
The soundtrack is one of the best ever. All hail Erik Enocksson for that one.

How strange! Another movie that brought me to tears. Another movie with a perfect soundtrack.
I wrote a little something about that here.

First time I saw it I rated it 4/5. I’ve seen it a couple of times now and there’s no doubt in my mind that it deserves the full score.

“There are times when I look at people and I see nothing worth liking.”

Ok. That’s it. These are the 35 movies out of 1417 that I’ve given the highest score so far. Too many Hollywood flicks? Missed out on something? Let me know. I need some inspiration as well.
The list of 4/5‑films is deep and long, but on the list of 5/5‑films there is only room for the true elite.