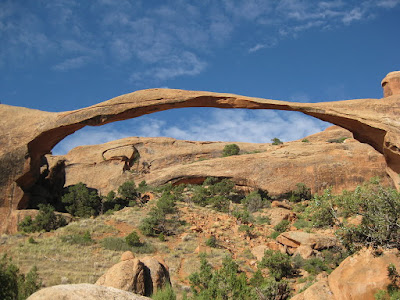 When reading Edward Abbey‘s most excellent Desert Solitaire: A Season in the Wilderness (1968), I found his thoughts about the condition of the Navajo Indians very much related to population growth, limited space, carrying capacity and what it will probably lead to. The beginning of the end, so to speak.

The increase [of the population of the Navajo tribe] is the indirect result of the white man’s medical science introduced on the Navajo reservation, which greatly reduced the infant mortality rate… […] Are the Navajos grateful? They are not. To be poor is bad enough; to be poor and multiplying is worse.
In the case of the Navajo the effects of uncontrolled population growth are vividly apparent. The population, though ten times greater than a century ago, must still exist on a reservation no bigger now than it was then. In a pastoral economy based on sheep, goats and horses the inevitable result, as any child could have foreseen, was severe overgrazing and the transformation of the range – poor enough to start with – from a semiarid grassland to an eroded waste of blowsand and nettles. In other words the land available to the Navajos not only failed to expand in proportion to their growing numbers; it has actually diminished in productive capacity.

In order to survive, more and more of the Navajos, or The People as they used to call themselves, are forced off the reservation and into rural slums along the major highways and into the urban slums of the white man’s towns which surround the reservation. Here we find them today doing the best they can as laborers, gas station attendants, motel maids and dependents of the public welfare system. They are the Negroes of the Southwest – red black men. […] Unequipped to hold their own in the ferociously competitive world of White America, in which even the language is foreign to them, the Navajos sink ever deeper into the culture of poverty, exhibiting all of the usual and well-known symptoms: squalor, unemployment or irregular and ill-paid employment, broken families, disease, prostitution, crime, alcoholism, lack of education, too many children, apathy and demoralization, and various forms of mental illness, including evangelical Protestantism. Whether in the favelas of Rio de Janeiro, the barrios of Caracas, the ghettos of Newark, the mining towns of West Virginia or the tarpaper villages of Gallup, Flagstaff and Shiprock, it’s the same the world over – one big wretched family sequestered in sullen desperation, pawed over by social workers, kicked around by the cops and prayed over by the missionaries.

As people suggest solutions to the miseries of mankind, Abbey speaks about the importance of not forgetting traditional values, simply put: We are all different, let’s learn from each other. The critique of mindless labour (”spending the best part of his life inside an air-conditioned office building with windows that cannot be opened”) versus life is also clearly present in this quote:

Industrialization, for example. Even if the reservation could attract and sustain large-scale industry heavy or light, which it cannot, what have the Navajos to gain by becoming factory hands, lab technicians and office clerks? The Navajos are people, not personell; nothing in their nature or tradition has prepared them to adapt to the regimentation of application forms and time clocks. To force them into the machine would require a Procrustean mutilation of their basic humanity.
[…]
Coming from a tradition which honours sharing and mutual aid above private interest, the Navajo thinks it somehow immoral for one man to prosper while his neighbors go without.

One might say this is a primitive attitude.
I say it’s a civilized one.
Back to population growth:

They [the politicians, businessmen, bankers, administrators, engineers – The Developers] cannot see that growth for the sake of growth is a cancerous madness, that Phoenix and Albuquerque will not be better cities to live in when their populations are doubled again and again. They would never understand that an economic system which can only expand or expire must be false to all that is human.
So much by way of futile digression: the pattern is fixed and protest alone will not halt the iron glacier moving upon us.
No matter, it’s of slight importance. Time and the winds will sooner or later bury the Seven Cities of Cibola, Phoenix, Tucson, Albuquerque, all of them, under dunes of glowing sand, over which blue-eyed Navajo bedouin will herd their sheep and horses, following the river in winter, the mountains in summer, and sometimes striking off across the desert toward the red canyons of Utah where great waterfalls plunge over silt-filled, ancient, mysterious dams.