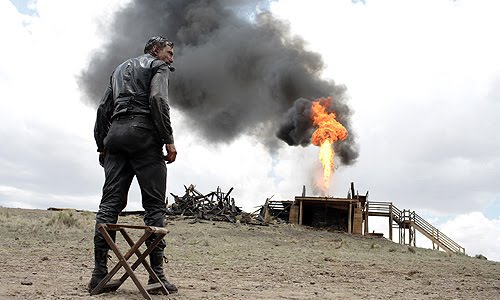 Dr. Albert A. Bartlett examines the arithmetic of steady growth, continued over modest periods of time, in a finite environment. These concepts are applied to populations and to fossil fuels such as petroleum and coal.

The whole presentation is available on YouTube, divided into eight clips. This is the first one, and below is a summary and direct quotes of what he says.


The greatest shortcoming of the human race is our inability to understand the exponential function. The exponential function is used to describe the size of anything that’s growing steadily, for example 5% per year.
[And then follows some easy mathematics that you’ll have to check for yourself in the beginning of the clip, I won’t bother typing that stuff…]
On July 7, 1986, the news reports indicated that the world population had reached five billion people, growing at a rate of 1.7 percent per year. Doubling time = 41 years. In 1999 we read that the world population had reached six billion people, growth 1.3 percent per year, doubling time 53 years.
In 1999 the world population was increasing by approx. 80 million people per year. If this modest 1.3% percent per year could continue, the world population would reach a density of one person per square meter on the dry-land surface of the earth in 780 years. Of course, this won’t ever happen, because in a rather short period of time – compared to those 780 years – zero population growth will become a fact: today’s high birth rates will drop and today’s low death rates will rise until they have exactly the same numerical value. 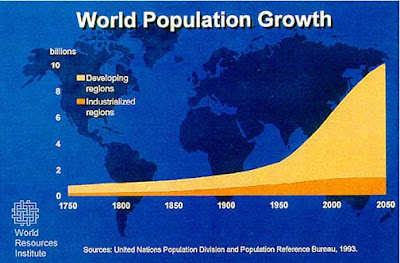 How to decrease population growth then? Certainly not by supporting immigration, medicine, public health, sanitation, peace, law and order, clean air, but rather by encouraging abortion, small families, war, famine, murder, violence, pollution, and by stopping immigration… Wow, that’s radical! But it’s the truth. Nature will have its way with us, no matter what we say. There’s one option, though, which is open to us. We need to find something on this list of horrible tragedy that we can go out and campaign for. Anyone  for promoting disease?

The human dilemma is that everything we consider as good makes the population problem worse. Everything bad will help us solve the problem, and nature is taking care of that problem right now. In Southern Africa, growth is slowing due to the high number of HIV-related deaths, just to pick an example out of many. 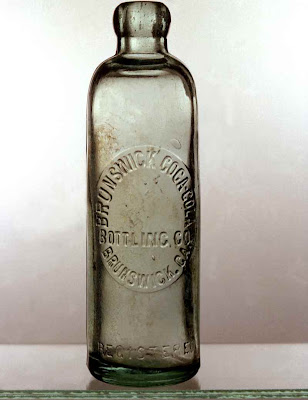 Now let’s examine the characteristics of steady growth in a finite environment (remember the discussion of finite funds in the second Overshoot post).
Imagine bacteria growing steadily in a bottle (the bottle being the finite environment). They double in number every minute. At 11:00 AM there is one bacteria in the bottle. One hour later the bottle is full.

Three questions:
1. At what time was the bottle half full?
Answer: At 11:59 AM.
2. If you were an average bacterium in the bottle, at what time would you first realize that you were running out of space?
Answer: Well, at 11:55 the bottle is only 3 percent full. 87 percent open space just yearning for development. How many of you would realize there was a problem?
3. Let’s say some intelligent bacteria realize there is a problem and get out of the bottle in search of new bottles. They find three new bottles. An amazing discovery! But how long can the growth continue?
Answer: At 11:59 Bottle 1 is half full. At 12:00 Bottle 1 is full. At 12:01 Bottles 1 & 2 are full. At 12:02 all four bottles are full – and that’s the end of the line.

You don’t need any more arithmetic than this to evaluate the absolutely contradictory statements made by experts who tell us we can go on increasing our rates of consumption of fossil fuels, and in the next breath they say ”Don’t worry, we’ll always be able to make the discoveries of new resources that we need to meet the requirements of that growth”…

There will be discoveries of oil, but ask yourself: what do you think is the chance that oil discovered after the close of our meeting today will be in an amount equal to the total of all we’ve known about in all of history?

Dr Hubbert in 1974 predicted that the peak of world oil would occur around 1995, so lets see what’s happened. We have to go to the geology literature and ask the literature, “What do you think is the total amount of oil we will ever find on this earth?” The consensus figure in the literature is 2000 billion barrels. Now, that’s quite uncertain, plus or minus maybe 40 or 50%.
That would mean the peak is this year (2004). If I assume there is 50% more than the consensus figure, the peak moves back to 2019. If I assume there’s twice as much as the consensus figure, the peak moves back to 2030.
So no matter how you cut it, in your life expectancy, you are going to see the peak of world oil production. And you’ve got to ask yourself, what is life going to be like when we have a declining world production of petroleum, and we have a growing world population, and we have a growing world per capita demand for oil. Think about it.

Well, we do have to ask about new discoveries. Here is a discussion from about fifteen years ago about the largest discovery of oil in the Gulf of Mexico in the past twenty years, an estimated 700 million barrels of oil. That’s a lot of oil, but a lot compared to what? At that time, we were consuming 16.6 million barrels every day in the United States. Divide the 16.6 into 700 and you find that discovery would meet US needs for 42 days. 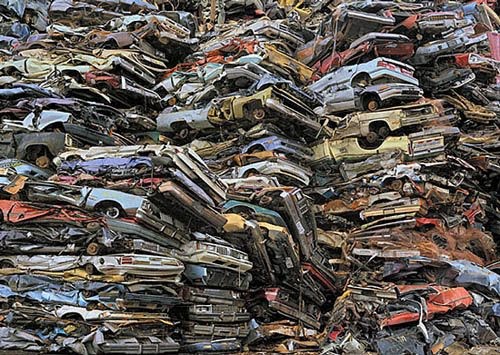 Bill Moyers interviewed Isaac Asimov. He asked Asimov, “What happens to the idea of the dignity of the human species if this population growth continues?” and Asimov says, “It’ll be completely destroyed. I like to use what I call my bathroom metaphor. If two people live in an apartment, and there are two bathrooms, then they both have freedom of the bathroom. You can go to the bathroom anytime you want, stay as long as you want, for whatever you need. And everyone believes in freedom of the bathroom. It should be right there in the constitution. But if you have twenty people in the apartment and two bathrooms, then no matter how much every person believes in freedom of the bathroom, there’s no such thing. You have to set up times for each person, you have to bang on the door, ‘Aren’t you through yet?’ and so on.” And Asimov concluded with one of the most profound observations I’ve seen in years. He said, “In the same way, democracy cannot survive overpopulation. Human dignity cannot survive overpopulation. Convenience and decency cannot survive overpopulation. As you put more and more people into the world, the value of life not only declines, it disappears. It doesn’t matter if someone dies, the more people there are, the less one individual matters.”

Thanks to Eda for linking to this amazing lecture.

2 thoughts on “>The Greatest Shortcoming of the Human Race”