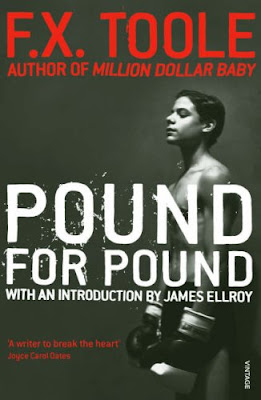 I was recommended this book by work colleague Ronnie Haag the other day and I was totally blown away. My fellow worker is into boxing, Bukowski, writing and real life – amongst many other things, of course (check out his books, one about Charles Bukowski and one about Muhammad Ali) – and since real life is a bitch, and this book is all about that, it’s a book that touched my soul. It made me cry, just like when I read The Road by Cormac McCarthy (I wrote some words about that masterpiece in 2006, read the article here).
At first, it may seem like it’s a book about boxing. Nothing wrong with that, since F.X. Toole (pen name for Jerry Boyd), a boxing trainer himself, is a magician when it comes to describing the art. However, to me this ain’t that much about boxing. When you get past the first fifty pages or so, you’ll see that this is about life and its setbacks and tragedies, the grieving of lost friends and family, sorrow and tears, shattered dreams. It’s about friendship and trust. Loneliness and sadness. But as darkness descends there’s still light at the end of the tunnel. Or is there?
It’s a truly heartwrenching story that really made me think deeply about life. You know, the usual crap one thinks about everyday, but sometimes some things make you think harder. Pound For Pound is such a thing. Mind you, it’s not a Rocky story. Life has very few happy endings…

Toole’s way of handling characters is magnificent. The characters are real. The story is real. You can feel the pain and the intensity. You can taste the blood and defeat. Like it says on the back cover: ”Pound For Pound is the story of men down but not out: old men whose lives have been tough and young men searching for glory”.
But don’t get caught up by this ”men” thing, though. It’s about people, not about gender.
In fact, I first noticed F.X. Toole when Clint Eastwood adapted Toole’s collection of short stories Rope Burns: Stories from the Corner into the worthy film Million Dollar Baby in 2004. The movie tells the story of Maggie Fitzgerald, a 31 year old white trash waitress who decides to make a difference through boxing. I think the movie kind of captures the sadness and melancholy, how life is about finding your passion and giving it your all, even though you still won’t make it (whatever that means). It’s about being able to look back and say ”I did alright” instead of ”I did nothing”. When reading Pound For Pound this feeling is so much stronger.
As real as it gets, to quote an old UFC slogan. 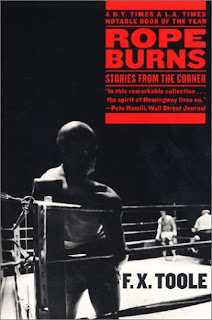 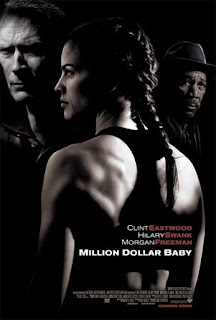 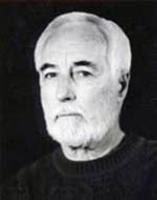