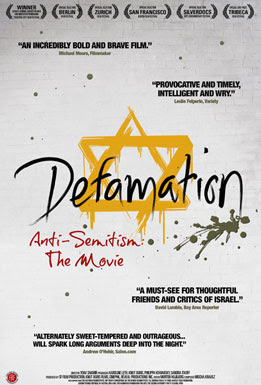 We all know about ”the six million Jews” figure, we hear about that everyday (you hardly have to be a news junkie to catch that). The Holocaust certainly was unique. But so was the extermination of possibly as many as sixty million Africans during the African slave trade, and so was the near-total extermination of one hundred million American Indians. You don’t hear about that quite as often.
As for American Indians, this was about the total extermination of entire cultural, social, religious, and ethnic groups. When speaking of the Holocaust, we make fine distinctions among the different populations of Europe, but lump ”Africans” and ”Indians” into one single category. Maybe this is one reason why these genocides – which are far worse in terms of sheer numbers of people killed – are being ignored? And of course, the uniqueness of the Jewish people (the People’s Front of Judea!), Jews as the chosen people, makes the Holocaust so much more special and important. This is where the Holocaust religion comes marching in.

If you’re interested in the boundary between anti-Zionism and anti-Semitism, Defamation ought to be a movie worthy of your interest. It is directed by Yoav Shamir, an Israeli Jew, who also made the amazing Checkpoint documentary.
Shamir is interested in non-violence based on game theory. In game theory [quoted from an IMDB review], “the ‘Prisoner’s Dilemma’ states that the only concern of each individual player (or ‘prisoner’) is to try to maximize his own advantage, without any concern for the well-being of the other players. Both players will be tempted to harm the other player even though they would both ultimately benefit more by cooperation”.
This pretty much describes the situation in Israel.

Watch the introduction of Defamation here.

Watch the introduction of Checkpoint here.