Even though the gameplay is very basic and straight forward, and your only real gaming input is strictly limited, Heavy Rain is a fantastic experience.
Gameplay is all about choosing between different options and pressing the correct button in time. That’s pretty much it. And there are some minor flaws: Some puzzles and ways of getting information are just plain stupid and tiresome (the Ann Sheppard scene, for example). Also, sometimes the choices you make really don’t make a difference, which is quite annoying. As is the fact that all teeth look like rubbish, which is a mystery since the graphics overall are just stunning. People walk around looking like Method Man with braces. But then again, this is the American future. Too much Coke, I guess.

If you’ve seen a couple of American movies in your lifetime, you’ll recognize the way this story moves. It plays just like a movie, and therefore it is – in many ways – more than a game. A lot of the scenes are very predictable (even though I have to admit that I didn’t know who the killer was until the very end. One thing you’ll always know with generic scripts is that whatever person they want you to recognize as the bad guy, it sure as hell never is him in the end), but since the atmosphere rule, you tend to forget that. Same thing with the simplicity of the gameplay.

Because what makes Heavy Rain such an awesome experience is the atmosphere. If this is your type of game, you’ll be totally hooked. Because it’s not how you do things, but what you do that really matters and makes this game stand out. It’s all those tiny details, like changing a baby’s diapers and then rocking her to sleep, brushing your teeth and making sure your boy gets his medicine in time; those are the moments that strenghtens the ties of blood, for they depict real life.

The choices we make shape our lives, and there are many choices to be made in Heavy Rain. For the first time in gaming history, here is a game that actually capitalize on the moral decision concept. This is way beyond choosing between a good or bad ending.
How far would you go to save someone you love? 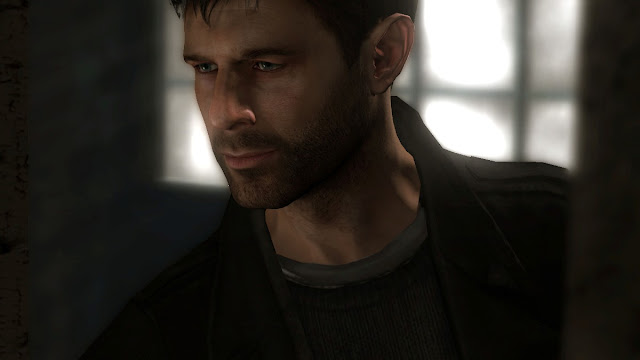 At one point there are five different choices with various outcomes, depending on what you did earlier in the game, and I think there are at least seven different endings with 18 different epilogues. If one of your characters faces an early death, you’ll miss out on a lot of chapters that would’ve appeared hadn’t she died. When finishing the game for the first time you’ll almost immediately need to replay some chapters to see how the story would unfold had you chosen another direction.

Adding to the atmosphere is of course the music. And it’s out there! Not just the official soundtrack, but a lot of the cues and songs that didn’t appear on the official release. I found this link:
http://www.zshare.net/download/784372202efa351f/
Sharing is caring.
And caring is pretty much what Heavy Rain is all about.