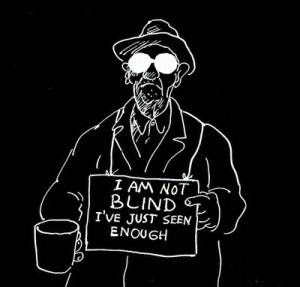 Former U.S. President Jimmy Carter is one of the few up there who’s got a sane view on what’s going on in Israel and Iran. Quotations from TIME January 30, 2012:

Are you optimistic about Israel’s future?
No, I’m not. The U.S. has the least influence in the Middle East now than it’s had since Israel was formed. We are totally immune to any sort of influence from the Palestinians or from the Arab world. We are completely in bed with the Israelis, who are persecuting the Palestinians horribly, and this is contrary, I think, to the best interest of Israel.

What do you think it means that Iran seems to have its first nuclear fuel rod?
Well, of course, the religious leaders of Iran have sworn on their word of honor that they’re not going to manufacture nuclear weapons. If they are lying, then I don’t see that as a major catastrophe because they’ll only have one or two military weapons. Israel probably has 300 or so.

What concerns you most about America today?
Every one of my successors has been in gratuitous wars. I think we could have resolved most of those conflicts in a peaceful way. And we share very little of our wealth with other people. These are a violation of the teachings of the Prince of Peace.

How much can a President do to fix the economy?
The President’s a distant third after the Federal Reserve and the Congress – except when we do something like go into Iraq and have an unnecessary war.

So, in other words: Hail Ron Paul!
Unfortunately, Ron Paul will never become the President of the U.S.A., because he makes too much sense. Sad but true.