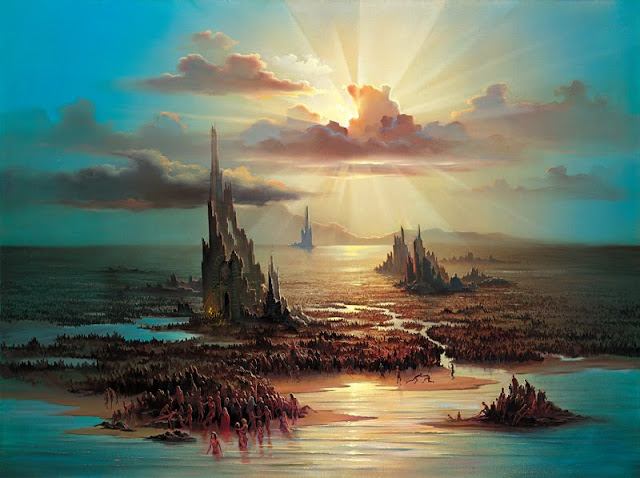 In a future that is as unavoidable as it will be unwelcome, survival and sanity may depend on our ability to cherish rather than to disparage the concept of human dignity.

Thanks to a partner in crime, Erik Sundin, I became aware of William R. Catton, Jr., and his book Overshoot – The Ecological Basis of Revolutionary Change (1980). This book pretty much sums up everything I’ve been trying to say with the political and philosophical rants on this blog. It’s a realistic take on what will happen in a near future. Man will never learn, never change – and if he does, it will be too late. ”Eventually has already come yesterday”, as Catton puts it.
The book was written 30 years ago, but is more relevant than ever – and its relevance only continues to increase, because we’re living in that future right now.

In ecology, overshoot occurs ”when a population exceeds the long term carrying capacity of its environment”. Note that Catton makes a distinction between population numbers and population pressure. Overshoot deals mainly with population pressure.
The main point is that we’ve exaggerated the contributions of technical genius and underestimated the contributions of natural resources. If we had written history with ecology in mind (instead of war, money and brutal human dominance), things would have looked brighter today.
After World War II we believed that science and technology could fix just about anything. In July 1969, when we had people walking on the moon, President Nixon claimed it was ”the greatest week since the creation of the Earth”. However, the 70’s and all of its setbacks showed that wasn’t the case; superior weapon technology did not win the war in Vietnam, great famines in Africa and Asia was a hard nut to crack for the scientists, and so on… Again, ”survival and sanity may depend on our ability to cherish rather than disparage the concept of human dignity”. Also, ”the alternative to chaos is to abandon the illusion that all things are possible”.

During the course of history, mankind has been forced to enlarge this planet’s human carrying capacity.This is absolutely necessary, since populations continue to grow in a very rapid pace. It was done by displacing other species, meaning taking over various spots in the biosphere – simply killing off what was there before. Plants and animal types were the first in line to become extinct due to mankinds’ continued search for space. But this displacing of species could not go on forever. Eventually we ran out of displaceable competitors.
When people sought the good life they were told to ”go west”, i.e. go where there is new land to take over. Now, to access the good life we’re told to speed up the economy, i.e. ”try to draw down the finite reservoir of exhaustible resources a bit faster”. Today’s complex societies are dependent on rapid use of exhaustible resources, but there are insanely more human beings alive than those resources can support.

So, before we start killing each other off for real, here is our desperate solution: With technology we’ll make use of geological reservoirs, simply slowing down the process of ending these resources. It will work for a while. The most ”developed” societies will temporarily be able to feed off this exploitation – until they run out. Because the thing is, these kind of reservoirs of materials are not limitless, and they cannot be renewed within any human time frame. Hence, we are forced to steal from — and thus destroy – the future. To be able to feel good today, we are forced to make it worse for future generations, for the children of today, the children of the grave.
Not too long ago, people were convinced that the future would be better than the past… 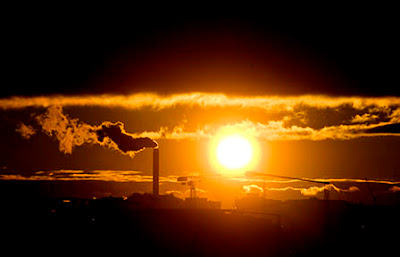 All of the familiar aspects of human societal life are under compelling pressure to change in this new era when the load increasingly exceeds the carrying capacities of many local regions—and of a finite planet. Social disorganization, friction, demoralization, and conflict will escalate.

Technological (and other) ”successes” in the history of mankind, which solved problems only in a short-term perspective, are now escalating the end of humanity. All the harmful substances created by technology accumulate too fast for the ecosystem to reprocess them. We’ve used the atmosphere as a garbage dump for far too long and are now beginning to see the results of that, in terms of global warming, measurable rise of sea levels, change of the seasons, movement of communities to higher latitudes, and disruption of many aspects of human life that we didn’t see coming.
Catton means that we need to become aware of the ecological facts of life, and that they affect our lives far more importantly and permanently ”than the events that make headlines”.

This is old news, but we still don’t get it.
I say yes to Bolt Thrower’s question: ”When we understand, will it be too late?”

Nightmare world Reflected as a dream Vision blurred This surely can not be Twisted now Far from reality Delving into depths Mankinds depravity Violated planet — world bureaucracy Graved with resentment — global lunacy Stricken thoughts Terror overrides Pierce the fragments Of the mind Deep regret now Engraved upon the soul Mortality now echoes Throughout this world Avarice — leads to compulsion Ruined world — beyond recognition When we understand Will it be too late? To future generations A legacy of hate A legacy of hate

RELATED POSTS
Living with the dying
Oswald Spengler — The Decline of Cultures
Här finns inget varaktigt och allmängiltigt (about Spengler in Swedish)
Great movies of the 80’s: Threads
Society’s sickness
Situationism — Part 1
Situationism — Part 2
Situationism — Part 3
Planet Earth and misanthropy
The art of psychogeography
Spengler: The morale of dawning “civilization“
Manufactured landscapes
The Earth shall inherit the meek
Into The Wild and the ego
Theodore Kaczynski