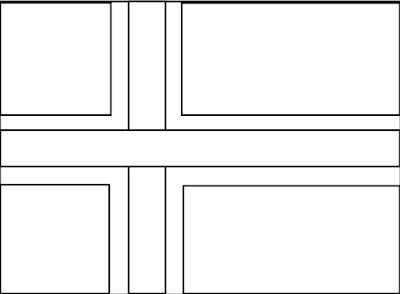 Whoa, 500+ visitors on this blog yesterday, and all because of this one giant loser named Anders Behring Breivik. It’s sad, really.

Indeed, he got the attention he wanted, but hopefully not the way he wanted it, because I’ve yet to find one person of true relevance who seriously takes this loser’s side. That being said, Breivik is not stupid. He’s crazy, but not stupid.

His actions must be taken seriously, of course, but I believe it’s very important not to feed his ego. I’ve read a lot of comments saying he’s ”academic” and such, but when studying the manifesto it’s quite easy to distinguish his own personal writings from what is just plain copy/paste work (I’d say about 70%). He is nothing, yet thinks he is everything, therefore he must be ridiculed and exposed as a fraud. Also, he is everything but a deep thinker, and therefore the comparisons some people have made with Theodore Kaczynski, the Unabomber, are just plain silly.

Two lessons to be learned so far:

The Norwegian Minister of Foreign Affairs, Jonas Gahr Støre, made an important point early on:
We’ve seen in Europe in recent years that politicians have been jumping to conclusions about suspects before investigations have been conducted, and we will not commit that error.

Unfortunately, a lot of people were not that bright.
Yes, I admit, my very first thought was ”Fuck, I hope it’s not the Islamists!”… But I didn’t cry it out loud, making a complete fool of myself. Hence, the second lesson: Terrorists come in all sizes, heritages, shapes and skin colors. Or as Counterblast put it some 16 years ago: Terror has no shape.
Most of us already knew that, but it still was an important reminder, since our minds are clogged up by the war on terror. Jan Guillou writes about that here (in Swedish).

Until further information has been revealed I thought I’d gather some articles and websites that have helped me when trying to understand what’s going on. I hope you too find them helpful.

Swedish site EXPO (“founded in 1995 with the aim of studying and mapping anti-democratic, right-wing extremist and racist tendencies in society”) is as hypocritical as always. To my knowledge, still nothing about Breivik’s own claim that ”the Jews/Israel” (p. 1373 in the manifesto) is his main ally, or his possible connections to and/or utmost inspiration from extreme Zionist websites. Absolutely nothing about Fjordman.

Do we wish our next ones disease and decay?
Do we want them to burn in toxic flames?
Shall we forget about the facts? The future is dark
Shall we continue ignore, while feeding the sharks?

In front of our eyes, the deceit of all time
Take a stand or be part of the ultimate crime
The dung at the top, can we see their devotion?
No, it’s them against us, the end versus the solution

Wherever I walk I can hear the cries
Wherever I look, I can’t believe my eyes
What I see is what they’ll get
Can’t wipe them out, visions of fear

Nothing’s left of what used to be green
No life, no nature, just cold and empty streets
We’re gonna blow, time will show
Nailed to my brain, visions of grief

The future ain’t ours, the future ain’t yours
Still we cut in the heart of the natural laws
Respect for the living, it’s only empty words?
I’m waiting for the day when we’ll act as once learned

In front of our eyes, the deceit of all time
Take a stand or be part of the ultimate crime
The dung at the top, can we see their devotion?
No, it’s them against us, the end versus the solution

3 thoughts on “>The attacks in Norway: Useful links”