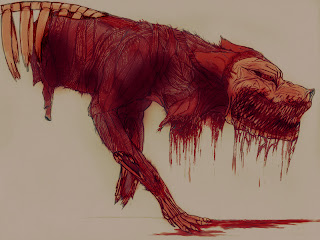 In Sweden we have this blog named Politiskt Inkorrekt (Politically Incorrect), which is one of the most visited sites in our country. ”We tell it like it is, straight, without any kind of censorship.”

This blog is now being run by leading people of Sverigedemokraterna (SD, the Sweden Democrats), and it’s filled to the brim with hatred and lies. Lately they’ve been running this ”terrorism against Israel is more justified than terrorism against Norway” crap, for example.

Today they published an article entitled Något är ruttet i Norge – elitens anti-semitism (”Something is rotten in Norway – the Anti-Semitism of the elite”). In short, they praise the freaks in a Canadian TV-show who blame the people of Norway for being anti-Semitic. In other words, they sympathize with what Anders Behring Breivik did, saying that the young people who participated in the AUF summer camp at Utøya had themselves to blame for taking a stand for the suppressed people in Palestine.

This is not the stance taken by extremist underground Muslim-hating websites only (like David Horowitz’s Frontpage, to pick one of many examples). In many ways, this is the official Zionist stance. Jerusalem Post:
”The youth camp he attacked was engaged in what was essentially (though the campers didn’t see it that way, no doubt) a pro-terrorist program.”

3 thoughts on “>Sweden Democrats – All out rotting flesh”