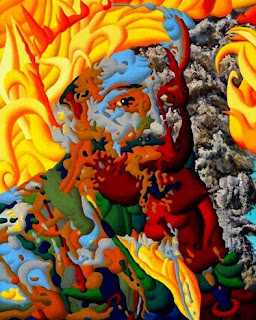 In the wake of the Overshoot and overpopulation posts, it’s time to return to Samuel P. Huntington and The Clash of Civilizations and check out what he said and what is happening in the world.
Read Part 1 here and Part 2 here.
Wow, I wrote that two years ago… Time flies like a m‑f.

The conflicts of the post-Cold War era will arise not from ideological or economic differences but from cultural divisions (old battles rooted in old cultures). Huntington fears that the fading West will clash with the challenging Islam, but – as I see it – he fails to see the difference between Islam and radical Islam, and thus fears the conflict between Islam and the West (Christianity) for the very wrong reasons, since radical Islam does not represent the Islamic civilization.

During the 1970s and 1980s over thirty countries shifted from authoritarian to democratic political systems. In these countries, Christian and Western influences were very strong. Along with the collapse of the Soviet Union, the United States smelled victory and belief in that a global democratic revolution was underway, and that the Western form of political democracy would prevail, and that the United States thus could expand their trade and power. America needs that in the quest for oil. However, we all know that Western democracy differs quite a lot from, say, Islamic democracy. Read more about that here.
Hence almost all non-Western civilizations are resistant to this pressure from the West. Japan, for example, distanced itself from American human rights policies: ”We will not let ‘abstract notions of human rights’ affect our relations with China.”
The growing economic strenght of Asian countries makes them immune to this Western pressure.  Richard Nixon observed in 1994: ”Today China’s economic power makes U.S. lectures about human rights imprudent. Within a decade it will make them irrelevant. Within two decades it will make them laughable.” Just look at the China VS USA conflict going on at this very minute…
If democracy will come to these countries it is because the increasingly strong bourgeoisies and middle classes want it to come – not because the United States say so in the name of ”human rights imperialism”. It is clear that the United States’ democratic processes in non-Western societies produce governments who are unfriendly to the West, and the world is now as Arab, Asian, and African, as it is Western.

If demography is destiny, population movements are the motor of history. […] In some instances these movements were relatively peaceful, in others quite violent. Nineteenthcentury Europeans were, however, the master race at demographic invasion. Between 1821 and 1924, approximately 55 million Europeans migrated overseas, 34 million of them to the United States. Westerners conquered and at times obliterated people, explored and settled less densely populated lands. The export of people was perhaps the single most important dimension of the rise of the West between the sixteenth and twentieth centuries. 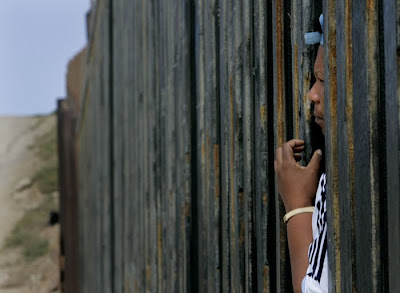 However, migration is different today. Decolonization and the establishment of new states encouraged (or forced) people to move. Also, technological development and modernization, such as transportation improvements, has made migration cheaper, quicker and easier, as has improvements in communication. Back then, immigrants and refugees moved within non-Western societies. This balance has changed overtime, and now most of ”the new immigrants” come from non-Western societies and move into Western societies. This, of course, stirs up feelings of phobia, worries about national identity and thoughts of demographic decline. The European concern about immigration seems to be concern especially about Muslim immigration. Huntington writes: ”In Western Europe, anti-Semitism directed against Arabs has largely replaced anti-Semitism directed against Jews.”
Again, people concerned about Muslims cannot seem to fathom the enormous gap that exists between Islam and radical Islam. Read my article Juan Cole: Engaging the Muslim world for a brief discussion about this problem.

However, population growth rates in North African and Middle Eastern societies have already peaked and began to decline, so the threat to Europe of ”Islamization” is likely to decline as well. Instead, Huntington predicted ”Africanization” in Europe, lest not AIDS or other plagues wipes out the Africans first… People are dying off like flies and have been doing so since 1985, pretty much without the West lifting a finger.

Speaking of Africa, Nigeria is experiencing the clash of civilizations right now. The country is divided into the Islamic north and the Christian south, and almost nowhere else in the world does the rivalry between religions result in bloody conflict quite so often. Nigeria has a population of about 150 million, and its 400 ethnic groups speak more than 400 languages. Half the population prays to Allah, the other half prays to God. The clashes have claimed at least 10,000 dead.
When the would-be Detroit bomber, Umar Farouk Abdulmutallab, also known as the underwear bomber (!), was identified as a Nigerian Muslim, violence erupted again. Christians wrote on various Internet forums about the Hausa-Fulani, the country’s largest Muslim ethnic group to which Abdulmutallab traces his origins: ”They are not part of us. They are bastards, mixed with Arab blood to terrorize the world. They do not like education. They hate civilization and I wonder why they still exist as part of the human race.”
Clashes in the city of Bauchi last Monday, instigated by an Islamic sect, claimed 38 lives.

5 thoughts on “>The Clash of Civilizations — Part Three”