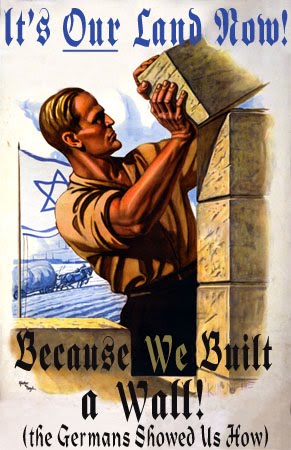 This article is based on John Mearsheimer’s talk in Oslo, October 5th 2009. The personal rants are all mine, though. John doesn’t seem to be a man of swear words…
Huge thanks to John for sending me the speech, both in English and in Norwegian.

President Obama is a man of words, but is he a man of action? During his presidential campaign 2008 and since taking office, he made – and still makes – a lot of promises. Regarding U.S. policy in the Middle East he made it very clear that he was committed to settling the conflict between Israel and the Palestinians. To do this he would get Israel to stop expanding its settlements in the occupied territories and – in the future – allow the Palestinians to have their own state in the West Bank and the Gaza Strip.
Also, he said that he – as opposed to George W. Bush – believed in diplomatic, serious negotiations with Iran, instead of military attacks and threats of economic sanctions.

However, this will probably never happen, since the Israel Lobby simply won’t allow such humane behaviour.

The Netanyahu government in Israel is opposed to giving the Palestinians their own state, and it is also deeply committed to expanding the settlements. No president will be allowed to play the hardball game with Israel, because the goal is to control the whole West Bank and the Gaza Strip, leaving the Arabs with small enclaves inside Israel – pretty much like a white-ruled South Africa. Read more about zionism here.

As for Iran, it is looked upon as an existential threat to the Jewish state, and the Israel Lobby and its supporters have no interest in talking to a regime who, they believe, wants to ”wipe Israel off the map” (fact is, Ahmadinejad never said that, read more about that in the Propaganda for war article).
Note that Israel is the only country in the world advocating war against Iran. Inside the U.S., there are only pro-Israel individuals and dito organizations who support using force in this case. In fact, there would be little talk about attacking Iran if Israel and the Lobby were not bitching about war all the time. And again: who are the ones in possession of nuclear weapons? Also read this article in The Economist. 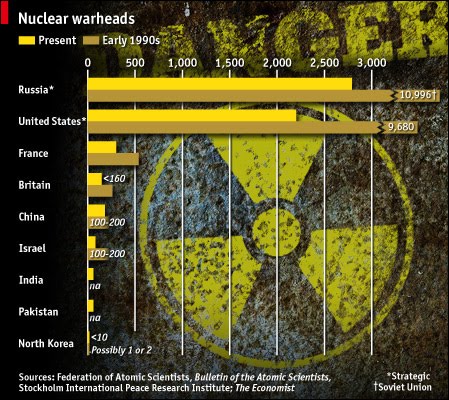 Even though Israel constantly do things that the U.S. opposes, they still get more foreign aid – billions of dollars each year – than any other country. Every goddamn American president since 1967 has – in theory, in meek words – opposed settlement-building in the occupied territories, still Israel continues to break the rules. And they’re not being punished – they’re constantly being rewarded. Why is that? The answer: the enormous power of the Israel Lobby. America is completely impotent when it comes to dealing with Israel. Serious criticism of Israel is never heard of from American officials. It’s a joke, really.
Ok, Obama made it very clear that he would like to see a stop of any settlement activity, and that he’d like a Palestinian state. However, Netanyahu also made it very clear that he would not stop, and that he didn’t like the idea of a two-state solution. Who won? Israel, of course. This tiny country in a distant region continue to rule the giant U.S. colossus. Isn’t that strange?

John Mearsheimer:
Netanyahu not only refused to stop building 2500 housing units in the West Bank, but just to make it clear to Obama who was boss, in late June, he authorized the building of 300 new homes in the West Bank. Netanyahu refused to even countenance any limits on settlement building in East Jerusalem, which is supposed to be the capitol of a Palestinian state. In fact, Israel went ahead, despite American protests, and converted an old Arab hotel in East Jerusalem into a Jewish apartment building. The Israelis also expelled two Arab families from their homes that they had lived in for 50 years and issued tenders for 468 new apartments in East Jerusalem.

Obama meekly asked Israel to please ”restrain” itself while it continued colonizing the West Bank.

Talk is cheap.
Change?
Hope?
Yes we can?
No, you can’t. Not when it comes to Israel and the lobby.

The Israel Lobby’s influence is at its peak during the presidential campaigns. You won’t ever witness such a campaign without the mentioning if this tiny but powerful country.
After Obama had won the election he remained perfectly silent during the recent Gaza massacre. The whole world stood up and criticized Israel for its brutal assault, but Obama kept quiet. A few months later he was awarded the Nobel Peace Prize…
I still wonder about all you naïve Obama worshippers who cried during his inaugural speech: when are you going to wake the fuck up?

When reading this, and since it’s such a sensitive subject just mentioning Jews, I think it’s of great importance that you recognize this: the Lobby is defined by its political agenda, not by ethnicity or religion. The Israel Lobby is not necessarily synonymous with Jewish-Americans. The Christian Zionists, for example, that work on Israel’s behalf, are not Jewish.
In other words: your shallow hate mongering about anti-Semitism does not compute.