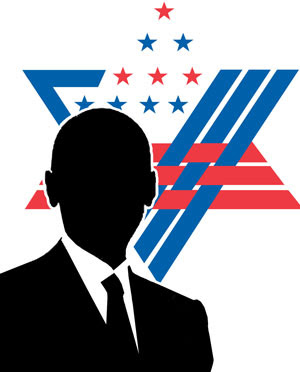 Because the United States is a nation of immigrants it has created a great number of interest groups who obviously work for their own ethnic good. Cuban Americans have lobbied to maintain the embargo on Castro’s regime, for example. The Israel lobby works the same way. There’s nothing strange about that.
However, the Israel lobby has convinced many Americans and people world wide that American interests and Israeli interests are identical. They surely are not. Just by making an open debate impossible (you’re immediately labelled the Jew Hater and the evil Anti-Semite, whenever you try to discuss these subjects (the amount of anonymous emails I’ve recieved since I started this blog is pretty interesting…)) Israel and the Zionist idea encourages anti-Semitism – and with that comes the anti-American vibe. Hence, their policy is simply contraproductive. Anyone should be able to see that, really.
So the strange thing here is the very special relationship between Israel and the United States.

So what is the Israel lobby? It is ”a loose coalition of individuals and groups — not a single, unified movement with a central leadership — that seeks to influence American foreign policy in ways that will benefit Israel”, as defined by John Mearsheimer and Stephen Walt, authors of The Israel Lobby and U.S. Foreign Policy.
And the political power of the Israel lobby is p.o.w.e.r.f.u.l. as hell, I kid you not.
Any politician in the United States who challenges Israel policy stands little chance of becoming president. That’s plain fact. Democrats and Republicans alike fear the lobby, which is totally obvious. The presidential candidates may argue and disagree on whatever important issue facing the United States, but they all agree firmly on one specific subject: their deep personal commitment to one foreign country – Israel. The candidates are all too willing to criticize many of the things that other countries do, but they never criticize Israel.
Click here for President Obama’s AIPAC speech, just to pick a recent example.

Why does Israel, and no other country in the world, recieve such consistent support from America’s leading politicians? No matter what Israel does, the level of support remains unchanged. Almost every country in the world criticized Israel’s bombing campaign in Lebanon 2006 (and in Gaza 2008/2009) – but the United States did not. Instead they endorsed the war.
This is all thanks to the political power of the Israel lobby.
If you think this is a conspiracy theory, the conspiratory fool is definitely you.

So why the constant bitching about anti-Semitism? Because the lobby’s arguments are so terribly weak. That’s why their only choice is to marginalize serious discussion. That’s why they always play the Holocaust card. In fact, there’s a huge gap between what the broader public thinks about the Israeli/American relationship and how governing elites in Washington conduct American policy. If the American public and the world could be involved in serious debates about Israel they would be even more aware of the lobby’s huge influence and how it destroys American interests – and in the long run, Israeli interests as well. And in an even longer run – which is not that far away – the slow and painful annihilation of the Earth. However, open debate is non-existent.
The main reason for this gap is – yes, you guessed it — the political power of the Israel lobby. We all know how the mass media work. Noam Chomsky influenced me to spit it out like this, and he’s a Jew, you know:
(Correction: he’s a self-hating Jew, according to the Israel lobby…)

And here are the photos they don’t want you to see:
Gaza massacre 2008/2009
This is what the Nobel Peace Prize is all about.

To be continued in Part Two where we deal with America’s economic aid to the Holy Land.