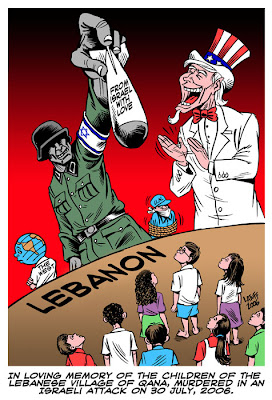 No words can express our gratitude for your generous support, understanding, and cooperation, which are beyond compare in modern history.
Israeli Prime Minister Yitzhak Rabin, 1994

We’re both born of struggle and sacrifice. We’re both founded by immigrants escaping religious persecution in other lands. We have both built vibrant democracies, built on the rule of law and market economies. And we’re both countries founded on certain basic beliefs: that God watches over the affairs of men, and values every life. These ties have made us natural allies, and these ties will never be broken.
George W. Bush, American Israel Public Affairs Committee speech, 2004

And I know that when I visit AIPAC I’m among friends, good friends… friends who share my strong commitment to make sure that the bond between the United States and Israel is unbreakable today, unbreakable tomorrow, unbreakable forever.
Barack Obama, AIPAC speech, 2008. Hardly watchable here.

But seriously, even if Israel had been a poor country, the level of material, economic, military and diplomatic support that the United States provides would have been remarkable. By 2004, Israel, a comparatively small country, had become the world’s eighth largest arm supplier. It is a without a doubt a powerful modern industrial state.

As of 2005, direct U.S. economic and military assistance to Israel amounted to 154 billion dollars. Nowadays Israel receives about three billion dollars per year in direct foreign assistance. These are not loans. They’re grants. Also, Israel is the only country that doesn’t have to account for how the foreign aid is spent. Aid to other countries are given for specific purposes, like children’s health, improving education, etc., but Israel receives a direct cash transfer and there is no way to tell how Israel uses U.S. aid.
In addition to all this craziness, Israel, again as the only country, receives its total cash transfer in the first days of the year, while other countries get their cash in quarterly installments. To make such a huge cash transfer possible, U.S. government needs to borrow the money up front, and it’s estimated that it costs U.S. taxpayers between 50 and 60 million dollars per year to borrow funds for this early year payment.
When given money from the United States as military assistance, countries are normally required to spend the money in the U.S. to help keep American defense workers employed (i.e. to buy U.S. weaponry). This is not the case when it comes to Israel. According to a special exception in some crazy ass bill, Israel is allowed to use about one out of every four dollars on its own defense industry. 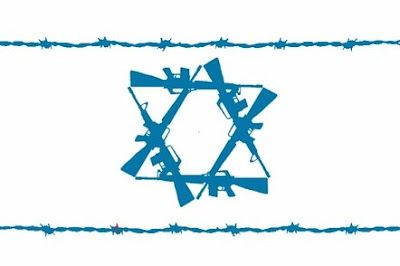 However, during the 1950’s, economic aid to Israel was quite modest, and the U.S. did not provide much military assistance at all. It was the Kennedy administration that made the first commitment by selling U.S. Hawk antiaircraft missiles to Israel in 1963. This sale opened up for more weapon deals, most notably the sale of more than two hundred M48A battle tanks in 1964. To disguise American involvement and avoid anger from the Arab world, the tanks were shipped to Israel by West Germany…
Between 1966 and 1970 economic aid was at 102 million dollars per year. In 1971 that support sum was raised to 634.5 million dollars, and after the Yom Kippur War in 1973, economic aid more than quintupled (five times the size!). In 1976 Israel became the largest annual recipient of U.S. foreign assistance, a position it has retained ever since.

Three billion dollars per year is  hardly the whole story, though. The actual total is much higher, since Israel is given money under unusually favorable terms, and the U.S. also provides Israel with lots of other material assistance that is not included in the foreign assistance budget.
America allows Israel, and only Israel, to borrow money from commercial banks at very low interest rates. For example, in the early 1990’s Israel received ten billion dollars to finance the costs of settling Soviet Jews immigrating to Israel.
As for private donations, every year Israel recieves about two billion dollars from American citizens. According to John Mearsheimer and Stephen Walt, authors of The Israel Lobby and U.S. Foreign Policy, one recent (2006) dinner in New York raised 18 millions dollars in private contributions, money which is tax deductible under U.S. law.
Also, the aid that the U.S. provides to Israel’s neighbours – particularly Egypt and Jordan – is at least partly intended to benefit Israel as well. The cash is rewards for good behavior, like when these countries sign peace treaties with Israel. In 1979, when the Egypt-Israeli peace treaty was signed, U.S. aid to Egypt reached 5.9 billion dollars. When King Hussein of Jordan signed a peace treaty in 1994, Jordan’s 700 million dollar debt to America was erased. These are just a couple of examples of Washington’s generosity toward the Jewish state.

Mearsheimer and Walt are constantly being accused of anti-Semitism because of their book. They’ve discussed pretty much each and every accusation in a 73 page long PDF document entitled Setting the Record Straight - A Response to Critics of “The Israel Lobby”.
Read it in case you’re in doubt.

Part One in this series.
An introductory video to the Israel lobby.
The photos they don’t want you to see.

One thought on “>The Israel Lobby — The cash”