How much longer will you keep up the worm-eaten cult of this god, who is insensible to your prayers and to the generous sacrifices that you offer him as an expiatory holocaust? Can you not see that this horrible manitou is not grateful for the bowls of blood and brains which you lay on his altars, piously decorated with garlands of flowers. He is not grateful… for earthquakes and tempests have been raging uninterruptedly since the beginning of all things. And nonetheless (this is a spectacle worthy of observation), the more indifferent he is, the more you admire him. It is clear that you are wary of his attributes, which he hides; and your reasoning is based on the consideration that a divinity of such extreme power can only show disdain for the faithful who obey the commandments of his religion. For that reason different gods exist in each country: here, the crocodile, there, the prostitute. 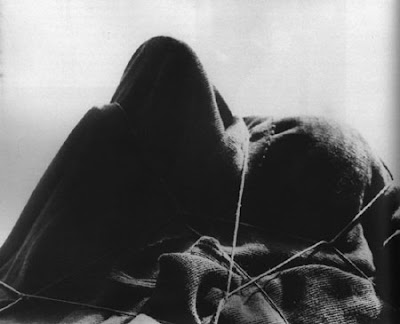 But when it comes to the louse, of holy name, the nations of the earth, one and all kissing the chains of their slavery, kneel together in the august sanctuary before the pedestal of this shapeless and bloodthirsty idol. Any people that did not obey its own grovelling instincts and made as if to rebel, would sooner or later disappear from the face of the earth like an autumn leaf, destroyed by the vengeance of the inexorable god.
Lautrémont, Maldoror 1868–1869
[more here]