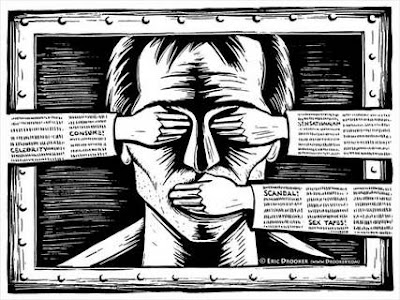 As The Pirate Bay trial — one of the biggest trials of the Internet age — continues, the power of P2P grows stronger for every day.
About a month ago Ordfront Publishing House released the book Piraterna — De svenska fildelarna som plundrade Hollywood (The Pirates — The Swedish file sharers who pillaged Hollywood). A couple of days ago projO uploaded the audiobook version at The Pirate Bay (thanks mom, for letting me know!). The thing is there is no official version of the audiobook — projO decided to make her/his own version simply by reading the book out loud and recording at the same time and then making it all available via trackers. A perfect example of the power of file sharing!

Me, I’ve been a pirate for as long as I can remember.
Commodore 64, Turbo 250 by Mr.Z, Jan Listerud, the demoscene, Paradox, hundreds of games on one c‑90 tape, floppy discs, swapper, Amiga 500/1200, BBS, StarNet, US Robotics HST, The Final Cartridge III, hiphop, double cassette decks, mixtapes, copy parties, the library (!), VHS piracy, Hong Kong movies, graffiti, Foucault, the concept of hacking, trades, death metal, punk, tape trading, IRC, anarchism, Chomsky, Flashback, Napster, CD‑R, Audiogalaxy, slsknet, DC++, torrent sites, mp3-blogs, private trackers, and last but not least: Google — the very best tool the world of piracy has ever known… Sort of.
I give thanks to piracy for my huge interest in music, movies, art and literature. Piracy is the reason for my quality collection of records, DVD:s and books (not counting piracy material, of course).

Information wants to be free. 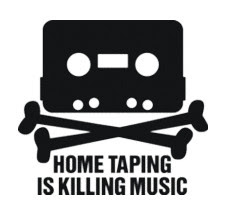