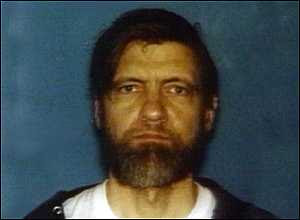 In a time of intellectual crisis the culture of despair manifests anti-modernism. The Unabomber was extremely serious about his ideas and saw no other way to get attention to them than to resort to terrorism.

From the chapter ”The nature of freedom” in the manifesto (”we” is Kaczynski alone. He always referred to himself as ”we” or ”Freedom Club” (his bombs often carried the inscription ”FC” as well)):

96. As for our constitutional rights, consider for example that of freedom of the press. We certainly don’t mean to knock that right: it is very important tool for limiting concentration of political power and for keeping those who do have political power in line by publicly exposing any misbehavior on their part. But freedom of the press is of very little use to the average citizen as an individual. The mass media are mostly under the control of large organizations that are integrated into the system. Anyone who has a little money can have something printed, or can distribute it on the Internet or in some such way, but what he has to say will be swamped by the vast volume of material put out by the media, hence it will have no practical effect. To make an impression on society with words is therefore almost impossible for most individuals and small groups. Take us (FC) for example. If we had never done anything violent and had submitted the present writings to a publisher, they probably would not have been accepted. If they had been accepted and published, they probably would not have attracted many readers, because it’s more fun to watch the entertainment put out by the media than to read a sober essay. Even if these writings had had many readers, most of these readers would soon have forgotten what they had read as their minds were flooded by the mass of material to which the media expose them. In order to get our message before the public with some chance of making a lasting impression, we’ve had to kill people.

As for the intellectual crisis and the culture of despair Alston Chase states:

There are many factors that go into it. To name a few of the more obvious ones, speaking of the atmosphere on campuses beginning in the late ’40s and early ’50s, carrying forward from that day right up to the present. In the 1950’s it was a strong fear that technology was destroying civilization, was a threat to civilization and by the 1960’s it had evolved into a strong feeling that technology was destroying nature and in that latter guise it is still very much with us.
So, by now it’s filtered down into the grade schools. I have for a number of years have given talks to high schools during Earth Day and that sort of thing, and it’s amazing to walk down the hallways of these high schools and see all these despairing posters on the walls about global warming and rain forest depletion and so forth. And I thought about how terrible it is to grow up where you are just being bombarded with it. I grew up during the Second World War and that was bad enough, but in any case for the 1950’s the culture of despair as Kaczynski encountered it and I encountered it—was in part the product of a generation of the professors who were teaching us who had fought in WW II or were adults and witnessed all the terrible, terrible killing and also Hiroshima and Nagasaki. And were very much impressed with the potential threat that technology posed to civilization. Also there was a legitimate and threat and concern that thermonuclear war was imminent.
So there was the war threat and the war experience and this filtered into the curriculum, but in addition to this, there was and is a more profound intellectual crisis of western civilization which the professors of the 1950’s were more aware of and talked about more. It’s still here, but people don’t talk about it as much. That has its origins in the rise of modern science in the 16th and 17th century.
Prior to that one might say that ethical ideas of western civilization were coherent and of a piece. They were largely Aristotelian mixed with Christianity. The basic idea was the belief that everything in nature plays a role in this larger system and to know a thing was to know what role it played and how it ought to behave. So in the ancient worldview fact and value were very much together to know something was to know how it ought to be. But the modern physics that arose was a discovery that simply by observing the quantifiable aspects of experience and manipulating these quantities with new mathematics one can arrive at generalizations which one could use to make accurate predictions.This was a modern science. It had no need of ethics or God. This was something that the philosophers of this period were immediately aware of and saw as a problem. And it led by the 1700’s to what one former colleague of mine, philosopher Allastair McIntyre referred to as the Enlightenment Enterprise. Which was an attempt by philosophers to try to bring, to glue, ethics and science back together again. This effort failed, and it took 100 years for anyone to notice it was failing, and it wasn’t until the 1950’s that this failure had worked its way into the curriculum of the university. Even though its origins were old, the realization of its implications was relatively new. It’s certainly true that the pessimism that I am talking about, you can find in the writings of thoughtful people in the 1920’s and ’30s.
[…]So you could if you want to be overly simplistic—you could say that the 19th century was an era of optimism and the 20th century has been an age of pessimism. In the 19th century the glass was half full and in the 20th century it has been half empty. So Ortega y Gassett comes to mind and HG Wells by the end of his life was another and Thorsten Veblen and Spengler and there were a lot of these people who in the 1920’s were suggesting the end of civilization as they knew it, was near. This was their awareness of this intellectual crisis.
So that had worked its way thoroughly into the curriculum after WW II. That was what my generation, the Silent Generation was steeped in. That we could expect that civilization that lasted two thousand years was about to go under. 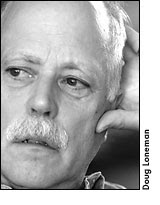