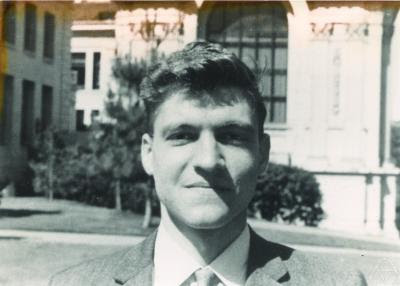 Why are the most advanced civilizations also the most barbaric? It seems like the more human beings advance, the greater their crimes. In my mind, clearly inspired by Oswald Spengler as I am, the level of advancement in civilizations today is of no good. We have reached the peak and the further we advance, the more we destroy. This is definitely the age of decline, and technology is what increases our capacity for mayhem. In the 20th century we were even forced to invent new words to be able to deal with the madness: ”concentration camps”, ”genocide”, ”gulag”, ”ethnic cleansing”, ”collateral damage”, ”carpet bombing”… In the modern age progress equals destruction.
Spengler wrote: ”This machine-technics will end with the Faustian civilization and one day will lie in fragments, forgotten – our railways and steamships as dead as the Roman roads and the Chinese wall, our giant cities and skyscrapers in ruins like old Memphis and Babylon”.

Social philosopher and historian Lewis Mumford writes in The Conduct of Life (1951) that ”we have created an industrial order geared to automatism, where the feeble-mindedness, native or acquired, is necessary for docile productivity in the factory; and where a pervasive neurosis is the final gift of the meaningless life that issues forth at the other end”.
Theodore Kaczynski, who arrived at Harvard in September 1958 (at the age of 16), read this, and a whole lot of other books that were part of the courses he took in expository writing, German literature, deductive and inductive logic, Western literature and philosophy, and the history of science. Harvard’s social environment at the time was clearly dominated by the ideas of the relativity of morals and the irrationality of religion. Here, at Harvard, is where the Unabomber got most of his ideas from.

When reading about the Unabomber at Harvard everybody seems to focus on his outsider attitude, that he kept to himself and never spoke to people he met in the hallway. What people seem to forget is that this is pretty normal behaviour, especially at Harvard at the time, where being labelled a ”loner” was like having a badge of honor. Dealing with highly complex mathematics there was little time for socializing. Kaczynski did not stand out.
Everybody who’s been studying at a university (or just left the house, for that matter) knows you don’t just stop for a chat when meeting people. You do that with people you know, otherwise you just keep walking. The same thing goes for the ideas of the Unabomber. Any sane person would think like him, only any sane person wouldn’t execute those ideas to that extent, in such a brutal way. And again, Ted did not stand out. Alston Chase writes in his book Harvard and the Unabomber:
”Another one of my classmates was expelled for dropping a bomb off the Anderson Bridge into the Charles River, setting off an explosion that shook windows throughout Cambridge. After leaving college, he was recruited by the CIA, which employed his incendiary talents during the succesful, agency-sponsored 1954 putsch in Guatemala…”.

So, again we come to the conclusion that Theodore Kaczynski was pretty much like everybody else. What made him snap, then? As Alston Chase writes, and what seems highly probable: it was The Experiment that took Ted over the edge.
More about that in Part Eleven.