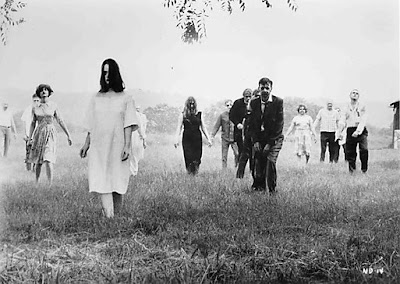 The most boring of colours – black and white – seem to generate a lot of interest when it comes to skin colour. I’m not that interested in the meaning of colours, really, but I like to provoke and question ”established truths” to call for an open debate about sensitive subjects. For example, I may enjoy stereotype jokes just to see the reaction of the politically correct and the easily offended.
As for the colour of the skin, it is – whether you like it or not — an ideology tied to social status and racial thinking (racial paranoia?). Skin colour – the looks of a person – determines how we judge people. That’s just the way the human mind works — we tend to judge the book by its cover. Then we turn to cultural heritage: where does this person come from? We need to put a label on this guy. Nigger? Albino? Spick? Gringo? Whitey? Afro-Saxon? And only then we care to examine how that person is acting and thinking – features that are way more relevant when forming opinions about people. But of course, it’s easier to cluster people and to speak in broader terms. In discussions it’s often necessary, assuming that people understand that there are always exceptions to the rule. Still, it should be obvious that race is not defined by skin colour…
And that is changing rapidly due to globalisation, unrestricted mass immigration, liberalism, whatever… Fact is that white people in America will become a minority in a near future. Among Americans under the age of 18, blacks and Hispanics, East Asians and South Asians who currently are categorized as racial minorities, will by the year of 2023 account for a majority of the U.S. population (of people under the age of 18, that is) according to a recent report by the U.S. Census Bureau. How will we judge people then? What will it mean to be white when whiteness is no longer the norm? Fear of a black planet, anyone?
Read more about that discussion here:
http://www.theatlantic.com/doc/200901/end-of-whiteness
Oskorei discusses the article (in Swedish) from his perspective here.

But what I really wanted to talk about is the way that whiteness is connected to death, emptiness and abscence. You know, blackness has always been associated with evil, bad stuff (the simplifying Judaeo-Christian use of white and black always comes down to good versus evil (which of course is fucked over by Lucifer, since he’s the bringer of Light!)), meaning that this has become the constructed norm. When studying non-dominant groups the sense of oddness and exceptionality of these groups rules how they are represented: odd and different. That’s why this odd representation has become norm. Also, those studies of dominance are often carried out by the dominant: a person who is either ridden with the guilt of being white (most of the times) or is a single-minded racist with a clear goal. Yes, I’m exaggerating, but I hope you get the point and see the problem — a problem that relates to another problem that always arises when discussing sensitive subjects: Which side are you on? People always assume you have to pick between two opposite sides. I think that by doing so you’re clearly limiting yourself.

That’s why it’s interesting to examine when established truths are turned upside down, relentlessly questioned and inverted. The replacement of stereotypes. I found such an example the other week when reading the book Film and Theory and watching Night of the Living Dead (1968), by many considered to be the best horror movie of all times (I do not agree, but to say it was highly influental is almost an understatement. It’s great, but not the best…). 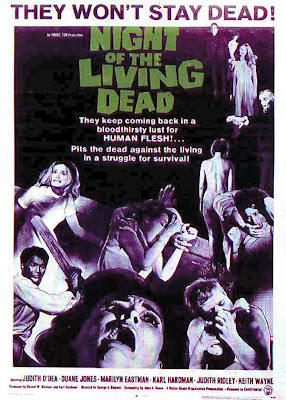 It’s often easy to cluster black people and blackness. Whiteness is harder to put in one category. Look at the movies: The Godfather is not about white people, it’s about Italian Americans. Brief Encounter is not about white people, it’s about the English middle-class. The Color Purple, on the other hand, is clearly about black people before it’s about poor, southern U.S. people.
Now check out Night of the Living Dead: it’s got a black person cast as the hero, not portraying the typical black male stereotype. Duane Jones, starring as Ben, instantly made history since this was the first time a black actor was cast in a lead role in a major motion picture that did not specify the part had to be played by a black actor. ”It never occurred to me that I was hired because I was black. But it did occur to me that because I was black it would give a different historic element to the film”, said Jones when interviewed about the role.
Ben’s blackness in this movie is clearly there to set him apart from the other characters and their norms, the norms of a white-dominated society. The message is that whites are the living dead. All zombies in the movie are white, and all living whites are portayed as ”dead”: check for example the end of the film where an aerial shot ”looks down on a straggling line of people moving forward uncertainly but inexorably, in exactly the same formation as earlier shots of the zombies. It is only with a cut to a ground level shot that we realize this is a line of vigilantes, not zombies” (Film and Theory, p.746). Living and dead whites act pretty much the same, hence the connection whiteness/death. The film ends with the white vigilantes (acting like zombies) killing Ben, the representative of life. 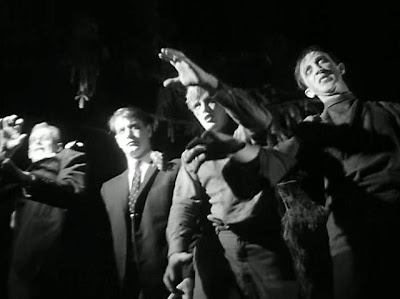 The sequel, Dawn of the Dead (1978), released ten years later, has the same cast: the black hero Peter (Ken Foree) and the white villains. Same thing with the third movie, Day of the Dead (1985), where Terry Alexander stars as the black hero disassociated from both zombies and white male values. Richard Dyer writes in his essay White: ”The point about Ben, Peter and John (the heroes) is that in their different ways they all have control over their bodies, are able to use them to survive, know how to do things with them. The white characters (with the exception of Fran, Sarah and Billy) lose that control while alive, and come back in the monstrously uncontrolled form of zombiness”. 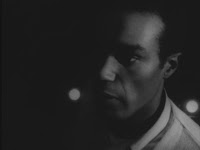 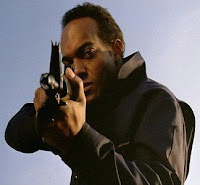 George A. Romero, creator of the Dead trilogy (I’d like to leave out Land of the Dead (2005) and Diary of the Dead (2007) as well as the remakes of the original Dead movies, since I simply haven’t seen them yet) has this to say about blackness and politics in the first film:

We had cast a black actor in the lead of that film, never having been fully aware of the implications of that. In those days, the news was all shot on film, they didn’t use videotape. So, there were film labs in cities the size of Pittsburgh and we had just finished the film. We had an answer print, threw it in the car and drove it to New York to see if anyone would want to show it. And that night in the car we heard on the radio that Martin Luther King had been killed. Now, all of a sudden the whole ending of Night of the Living Dead takes on so much more resonance because of that.
I believe that we received a lot of undue credit, due to the fact that the black guy gets shot at the end of the film. That was written in the script long before the character was ever cast, be it a white actor or black actor. It was only the last few minutes of that film that we wanted it to look like newsreels. We were all ’60s people and we were angry that peace and love didn’t work. And the world looked like it was in a little worse shape: the Vietnam War, the riots in the streets, the frustration, etc. I just wanted the end of that film to look like newsreel footage.
http://www.popentertainment.com/romero.htm

Somehow I find it hard to believe that the facts I just pointed out (there are many more in Dryer’s essay) — themes that reappear in the two following movies — all happened by coincidence.
But you never know… 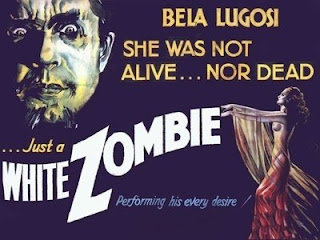 More thoughts about race and the hypocrisy surrounding the colour of the skin is to be found in the posts I’ve written about Jim Goad:
The redneck speaks
Jim Goad — Till truth do us part

One thought on “>White of the living dead”