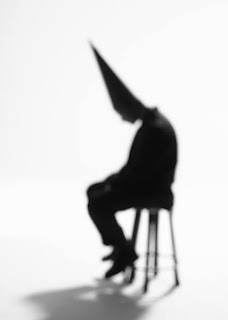 To listen and watch without hearing or seeing
allows the indifference, the ignorance and complicity to continue
and deepens with each grave our collective shame.
Just some links and quotes
from relevant articles about the war in Gaza.

Jennifer Loewenstein — If Hamas didn’t exist (zmag)
There was a time when Fatah and the PFLP held the day; when few Palestinians wanted anything to do with Islamist policies and politics. Such politics have nothing to do with primitive rockets being fired over the border, or smuggling tunnels and black-market weapons; just as Arafat’s Fatah had little to do with stones and suicide bombings. The associations are coincidental; the creations of a given political environment. They are the result of something entirely different than what the lying politicians and their analysts are telling you.

Rashid Khalidi — What You Don’t Know About Gaza (New York Times)
Nearly everything you’ve been led to believe about Gaza is wrong. Below are a few essential points that seem to be missing from the conversation, much of which has taken place in the press, about Israel’s attack on the Gaza Strip.

Elaine C. Hagopian — Why Hamas is not the issue — History matters (counterpunch.org)
The picture changes when history matters. Treating Israeli war crimes as historically detached events, unrelated to its Zionist ideology and militaristic strategy to control all of Palestine, becomes more transparent each day.

Glenn Greenwald — Both parties cheerlead still more loudly for Israel’s war (salon.com)
At exactly the time that worldwide horror over this war is at its peak, the Democratic-led Congress steps up to announce to the world: “this is our war, too; we support whatever Israel does absolutely and without reservations.” We thus make Israel’s wars our wars; its enemies our enemies; its intractable disputes our disputes; and the hostility and anger it generates our own. And we embolden Israel to continue further.

Thalif Deen — Aid Groups Dispute Israeli Claims in Gaza (antiwar.com)
As the Israelis try to justify the massive loss of civilian life in Gaza, their arguments and counter-charges continue to be shot down either by the United Nations or by international human rights organizations.