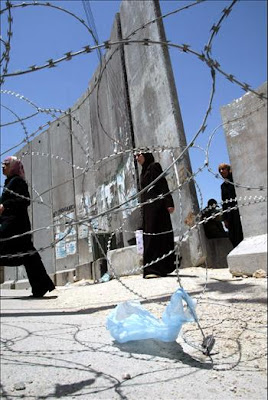 While revisionism at 99% percent of the time is connected to neo-Nazism by people without brains, it might be of interest to look at the New Historians, a group of Israeli (yes, Jews…) historians who are rewriting the traditional Israeli version of Israeli history. This is of course very controversial in a Jewish state run by ruthless Zionists… and of course, some of the New Historians have been labelled self-hating Jews, lost their jobs, suffered death threats and been forced to leave the country. That’s the way the story goes when you criticize Israel, question the Holocaust or denounce Zionism.

The New Historians, compromised of some 120 brave scholars, do not represent a unified body of thought, but they firmly believe that the Israel and Arab countries each have their own share of responsibility for the Arab-Israeli conflict. They’ve simply removed the blindfolds.
Here’s how their history differ from the ”official” version of Israeli history:

Now, any sane person wouldn’t find these claims controversial. It’s pretty much what critics of Israel and Zionism have pointed out for years. However, since traditional Israeli history is clearly abused, primarily using the Holocaust memory to Nazify Arabs, exclude criticism and justify criminal policies, crimes against humanity and the violation of so many rights (alwaysprotected by the United States), using the above claims is devastating to the Zionist cause. Thus, the New Historians are public enemies number one. 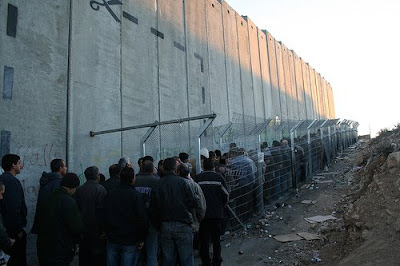 In my opinion, the New Historians take on history with honesty. As already stated, they claim that Israel and Arab countries each have their own share of responsibility for the Arab-Israeli conflict, and Ilan Pappe, for example, has said that Palestinians are ”as violent as the Israelis, no more or less, with only one difference: The difference between the violence of the occupier and the violence of those fighting occupation”. Also, the Palestinians don’t have planes or tanks, they use the tools of the weak. The present situation forces Hamas to aggression. Israel must end their occupation and concentrate on including rather than excluding various ideological movements. That way Hamas’ stance will turn from aggressive to constructive. The New Historians seem to agree on this.
Genuine intellectuals should strive to have respect for someone else’s point of view, and this is where the New Historians succeed. They woke up and realised ”there are other people living here, maybe we should examine how they feel about history”.

The educational system in Israel, the media in Israel, the political system in Israel, sends us Jews in Israel a very clear message from our very early days until we die. The message is very clear, and you can see that message in the platforms of all the political parties in Israel. Everybody agrees with it, whether they are on the left, or on the right. […]
The message is that personal life — not collective life, not even political life — personal life of the Jew in Israel would have been much better had there not been Arabs around. […]
I mean, you can understand — maybe not accept but you can understand — how a society treats immigrants. Sometimes they find that these immigrants come to take my job, you know these politics of racism that are the result of immigration. But we are not even talking about immigrants, we are talking about a country that someone else immigrated into, and turned the local people into immigrants, and said that they have no rights there.
Ilan Pappe, The History of Israel reconsidered

Every 30 years (50 years for military matters, 30 for political matters) the Israeli archives declassify secret material, so when Ilan Pappe in the early 1980’s began studies of ”the other side” quite a lot of material about 1948 was released. He saw a picture of 1948 that he was not familiar with. The documents showed a reality different from what he knew. In 1998 the military archives were opened and the New Historians got even more evidence supporting their claims. But the Israeli people turned against them. This what not what they wanted to hear.
It’s the same thing with Holocaust revisionism. People don’t want the truth because it’s devastating to their cause. They respond with death threats, censorship, jail and just about anything but an open debate.

In 1948 the world knew what was happening and still decided not to do anything, thus sending a sickening message to the state of Israel: It’s okay to get rid of the Palestinians. This is why the ethnic cleansing of Palestine continues today as we speak. Will the world react this time? It’s been two weeks of relentless killing and the leaders of the world are still not doing what they should.

The creation of Israel in 1948 was a result of the Holocaust, and it resulted in the ethnic cleansing of Palestinians, a military occupation of Palestine (didn’t the Jews learn anything from the Holocaust? Or maybe they did…). Israel is attempting to divide the West Bank in one part annexed by Israel and another part maintained as a huge concentration camp (like the Gaza Strip). Zionism is clearly an ideology of racism, exclusion and expulsion. Future Palestinians will not forget, and certainly not forgive. The result of this war will be devastating – not only to Arabs and Jews, but to the whole world. Peace though war — everybody know how silly that sounds.
So why does the world allow Israel to do what it does?

This article is based on a great speech – The History of Israel reconsidered – by Ilan Pappe. Go here to read it. 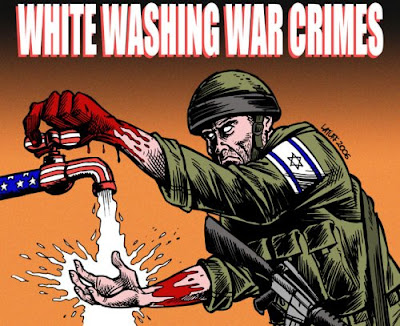 2 thoughts on “>The New Historians”