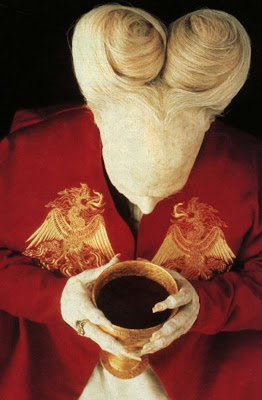 I condemn you to living death. To eternal hunger for living blood.

Polish composer Wojciech Kilar made me do it. I believe his soundtrack to Francis Ford Coppola’s amazing movie Bram Stoker’s Dracula (1992) is what got me interested in classical music in the first place, the kind that spawns darkness, uneasiness and black magick. As with the film, the music is a Wagner-esque operatic epic love story, spanning continents and centuries. The dark and brooding chords mixed with the voices of the damned sets the tone already at the beginning of the film – this is the renunciation of God accompanied by the sounds of the undead avenger. It’s nothing but a musical masterpiece. 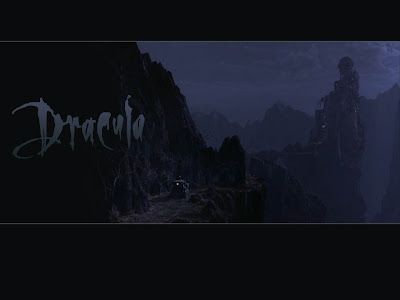 Bram Stoker’s Dracula is often ridiculed for being overdramatic, and in a way that’s completely true, but what a lot of people don’t seem to understand is that it was purposefully created that way as a homage to the old and grand. This is Coppola’s interpretation. The acting is big, the music is big, the sets and costumes are big – this is opera in the flesh, and it all fits perfectly together. While Werner Herzog’s Dracula, Nosferatu: Phantom der Nacht (1979), is more ”on location”, Coppola chooses a stage. This is highly noticeable in the theatrical dialogue as well.

She lives beyond the grace of God, a wanderer in the outer darkness. She is “vampyr”, “nosferatu”. […] We are dealing with forces beyond all human experience, and enormous power. So guard her well. Otherwise, your precious Lucy will become a bitch of the Devil! A whore of darkness! […] Hear me out, young man. Lucy is not a random victim, attacked by mere accident, you understand? No. She is a willing recruit, a breathless follower, a wanton follower. I dare say, a devoted disciple. She is the Devil’s concubine!

As for the special effects: if you know your film history you’ll be amazed. Coppola, with his son Roman Coppola and effects legend Michael Lantieri, uses classical film techniques to create the unique effects – optical matting, reverse shooting, lighting transitions. You name it, it’s all there. Jonathan Harker’s first travelling sequence is the first of many complex time transition sequences that breath life into what otherwise would have been some dead looking CGI effect. Darren Aronofsky — whose acclaimed new film The Wrestler is showing at the Stockholm Film Festival right now — did pretty much the same thing in The Fountain (2006), and it’s equally fantastic. Organic instead of plastic. Read more about the effects here, and check the In Camera: The Naïve Visual Effects of Bram Stoker’s Dracula feature on the special edition DVD/Bluray. 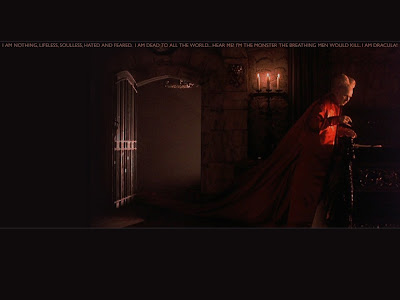 Had it not been for the stiff acting of Keanu Reeves and Winona Ryder (some people claim that was done on purpose as well, but I still haven’t found anything from Coppola saying so), and some lagging in the second act – the love story with Mina and Dracula, as well as the not so impressive ending, I would rate this film 10/10. Now I’ll go for 8/10. As for the music, there’s no doubt: 10/10 all the way.
There is a special concert version of the soundtrack available on The Pirate Bay, described as an attempt to ”arrange the music in a form which one might hear in a symphonic concert setting rather than as action accompaniment. It is a single movement, much like the tone poems of Liszt, Tchaikovsky, or Rachmaninoff (Isle of the Dead), just to name a few. The emphasis is on a coherent musical narrative, offering a compelling listening experience without any reference to action in the film.”
Download the special version here.
Download the original soundtrack here.

Listen to the opening theme (the best audio quality I could find): 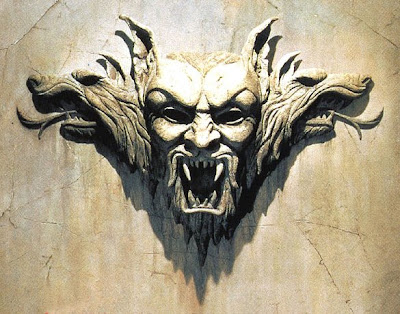