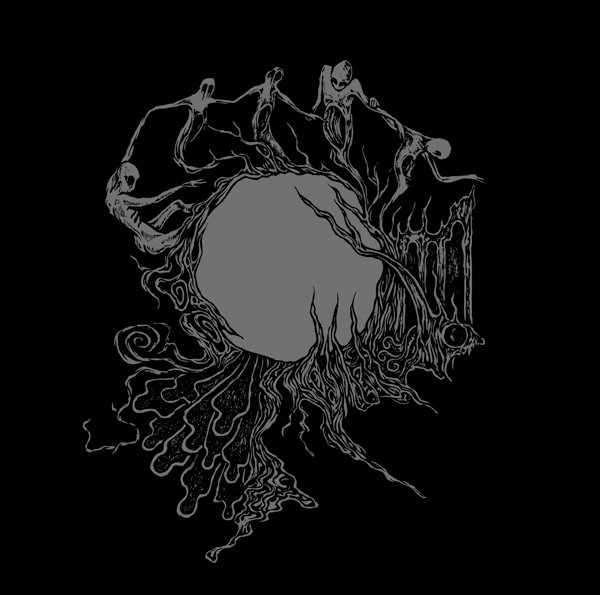 ”The flames sawed in the wind and the embers paled and deepened and paled and deepened like the bloodbeat of some living thing eviscerate upon the ground before them and they watched the fire which does contain within it something of men themselves inasmuch as they are less without it and are divided from their origins and are exiles. For each fire is all fires, the first fire and the last ever to be. By and by the judge rose and moved away on some obscure mission and after a while someone asked the expriest if it were true that at one time there had been two moons in the sky and the expriest eyed the false moon above them and said that it may well have been so. But certainly the wise high God in his dismay at the proliferation of lunacy on this earth must have wetted a thumb and leaned down out of the abyss and pinched it hissing into extinction. And could he find some alter means by which the birds could mend their paths in the darkness he might have done with this one too.”
Cormac McCarthy, Blood Meridian, 1985

As a way of finding some meaning to the void, as a way of understanding the eternal quest for the answer to the unfathomable ”Why?” question, here are some quotes of true mindfulness. If read carefully, you will see that they range from the pessimistic and hopeless to the exact opposites (well…), only to return to and end in the abyss of the void.
Pain and pleasure – life and death – indivisible.

”Brief and powerless is man’s life; on him and all his race the slow, sure doom falls pitiless and dark. Blind to good and evil, reckless of destruction, omnipotent matter rolls on its relentless way; for man, condemned today to lose his dearest, tomorrow himself to pass through the gate of darkness, it remains only to cherish, ere yet the blow fall, the lofty thoughts that ennoble his little day; disdaining the coward terrors of the slave of Fate, to worship at the shrine that his own hands have built; undismayed by the empire of chance, to preserve a mind free from the wanton tyranny that rules his outward life; proudly defiant of the irresistible forces that tolerate, for a moment, his knowledge and his condemnation, to sustain alone, a weary but unyielding Atlas, the world that his own ideals have fashioned despite the trampling march of unconscious power.”
Bertrand Russell, A Free Man’s Worship, 1903

”A vast, sepulchral universe of unbroken midnight gloom and perpetual arctic frigidity, through which will roll dark, cold suns with their hordes of dead, frozen planets, on which will lie the dust of those unhappy mortals who will have perished as their dominant stars faded from their skies. Such is the depressing picture of a future too remote for calculation.”
H.P. Lovecraft, Clusters and Nebulae, 1915

”No one is accountable for existing at all, or for being constituted as he is, or for living in the circumstances and surroundings in which he lives. The fatality of his nature cannot be disentangled from the fatality of all that which has been and will be. He is not the result of a special design, a will, a purpose; he is not the subject of an attempt to attain an ‘ideal of man’ or an ‘ideal of happiness’ or an ‘ideal of morality’ – it is absurd to want to hand over his nature to some purpose or other. We invented the concept of ‘purpose’: in reality purpose is lacking.”
Friedrich Nietzsche, Twilight of the Idols, 1954

”By my thirteenth birthday I was thoroughly impressed with man’s impermanence and insignificance, and by my seventeenth […] I had formed in all essential particulars my present pessimistic cosmic views. The futility of all existence began to impress and oppress me; and my references to human progress, formerly hopeful, began to decline in enthusiasm.”
H.P. Lovecraft, A Confession of Unfaith, 1906

”But nothing good can be said of that cancerous machine-culture itself. It is not a true civilisation, and has nothing in it to satisfy a mature and fully developed human mind. It is attuned to the mentality and imagination of the galley-slave and the moron, and crushes relentlessly with disapproval, ridicule, and economic annihilation any sign of actually independent thought and civilised feeling which chances to rise above its sodden level. It is a treadmill, squirrel-trap culture – drugged and frenzied with the hasheesh of industrial servitude and material luxury. It is wholly a material body-culture, and its symbol is the tiled bathroom and steam radiator rather than the Doric portico and the temple of philosophy. Its denizens do not live or know how to live.”
H.P. Lovecraft, Selected Letters 1925-1929, p. 304

”Unless suffering is the direct and immediate object of life, our existence must entirely fail of its aim. It is absurd to look upon the enormous amount of pain that abounds everywhere in the world, and originates in needs and necessities inseparable from life itself, as serving no purpose at all and the result of mere chance. Each separate misfortune, as it comes, seems, no doubt, to be something exceptional; but misfortune in general is the rule.”
Arthur Schopenhauer, On the Sufferings of the World

”Tradition means nothing cosmically, but it means everything locally and pragmatically because we have nothing else to shield us from a devastating sense of ‘lostness’ in endless time and space.”
H.P. Lovecraft, Selected Letters 1925-1929, p. 356-357

”The sinister, the terrible never deceive: the state in which they leave us is always one of enlightenment. And only this condition of vicious insight allows us a full grasp of the world, all things considered, just as a frigid melancholy grants us full possession of ourselves. We may hide from horror only in the heart of horror.”
Thomas Ligotti, The Medusa, 1991

”That cult would never die till the stars came right again, and the secret priests would take great Cthulhu from His tomb to revive His subjects and resume His rule of earth. The time would be easy to know, for then mankind would have become as the Great Old Ones; free and wild and beyond good and evil, with laws and morals thrown aside and all men shouting and killing and revelling in joy. Then the liberated Old Ones would teach them new ways to shout and kill and revel and enjoy themselves, and all the earth would flame with a holocaust of ecstasy and freedom.”
H.P. Lovecraft, The Call of Cthulhu, 1926

”I have tried to show that the Outsider is a man with an unusual and acute need for a sense of values. It has been objected that almost everybody asks himself at some time: What is life all about? And that therefore everybody is, in some degree, an Outsider. But this is only a failure to understand the spiritual condition of a man who feels a perpetual gnawing instinct for meaning, a hunger and thirst: a thirst that can be so acute that its frustration can lead to insanity. […] The Outsider has a feeling that there are certain things that are absolutely important, and that, quite literally, should occupy the mind all the time, and be perpetual standard of referens for all other feelings.
The only other man who shares this belief with him is the religious man. Religion makes precisely the same demands for meaning and purpose as the Outsider. The Outsider is therefore akin to the religious man.”
Colin Wilson, The Outsider, 1954

”My assertion that today there is no political system, no formation, and no party whatsoever worth devoting oneself to, and that everything existing must be denied, has disconcerted many. However, this denial and non-commitment do not derive from a lack of principles, but from the possession of principles, which are precise, solid and not subject to compromise. […] In the life of today it can be appropriate, for many, to withdraw in order to settle in a more interior line of trenches, so that that which we cannot do anything about cannot do anything against us.”
Julius Evola, 1964

”The press today is an army with carefully organized weapons, the journalists its officers, the readers its soldiers. The reader neither knows nor is supposed to know the purposes for which he is used and the role he is to play.”
Oswald Spengler, 1918

”Tension without cosmic pulsation to animate it is the transition to nothingness.”
Oswald Spengler, The Decline of the West, Vol. 2: Perspectives of World History, 1923