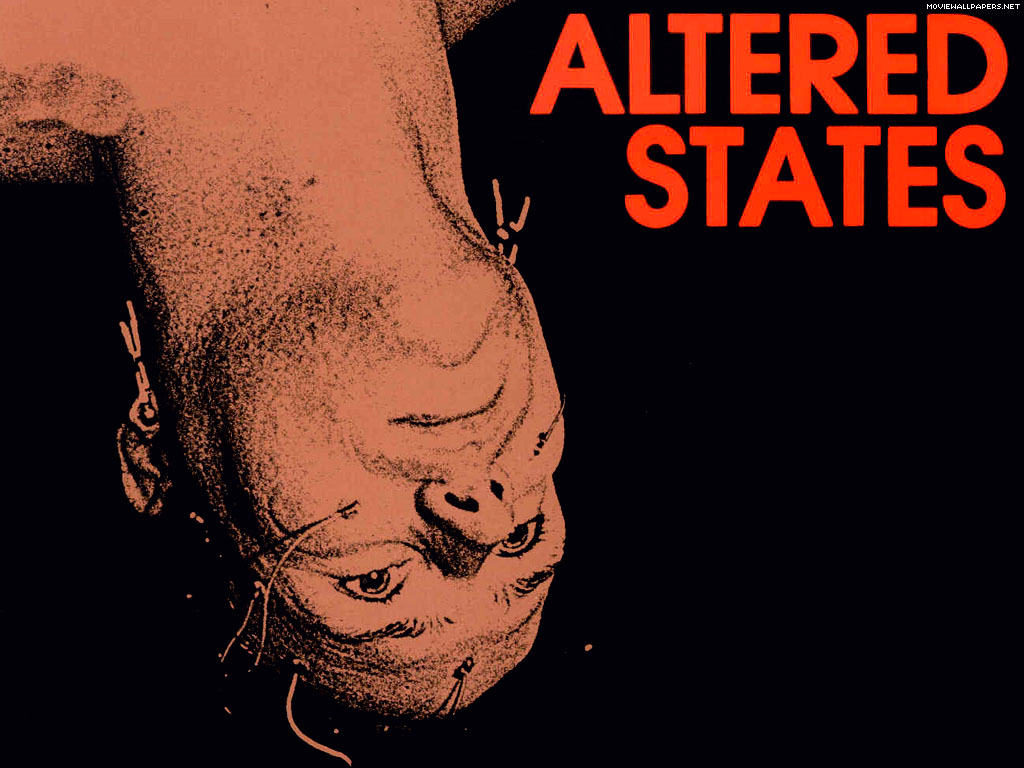 Some say that Altered States (1980) is the ultimate trip movie. Hallucinogenic drugs that bring about apocalyptic biblical visions rule, but I must admit that the magic won’t last until the very end. It’s actually damned cheesy. But hey, this is the eighties, and if you know your Bible, the message is quite cool. Ultimately, it’s about the death of God and the origins of man.

And I beheld, and, lo, in the midst of the throne and of the four beasts, and in the midst of the elders, stood a Lamb as it had been slain, having seven horns and seven eyes, which are the seven Spirits of God sent forth into all the earth.
Revelation 5:6

Yes, the seven-eyed lamb appears in the first vision, and it takes off from that.

This film is kind of a variation of the old ”mad scientist” theme, with Dr. Jessup using himself as a guinea pig for the psychedelic experience. He’s hallucinating in his isolation tank, and it all connects to the ecstatic religious visions he had as a teenager, the loss of his father, and thus the loss of faith. He wants to dig deeper and seek the outer limits of consciousness, and so he travels to Mexico to take magic mushrooms with the shamans. That’s when the real trip begins, back to the roots, literally speaking. The dude is genetically regressing to a pre-human being, ultimately regressing into the void of existence.

Despite the flaws, Altered States is well worth watching, mostly because it’s so damned weird. The effects are awesome (the 3D youth of today will not agree, but that’s a degenerated generation), the soundtrack is freaky as hell, and in combination with the message this makes for quite an astonishing trip.

The film is based on the novel with the same name by Paddy Chayefsky, but also on the experiences of scientist, writer and drug user John Lilly, perhaps most known for inventing the sensory deprivation tank.
Read this great interview with the man for an even more extensive movie experience.

When being asked about orthodox scientists’ accusations of Lilly’s unscientific practices, Lilly gives a great answer:

I was brought up to divide science into theory and experiment, each guiding the other. The pure experimentalists who attack me lack good theory, but the theorists haven’t done the experiments. There are really three departments to science: experiment, theory, and experience. Experience is the part that doesn’t get into the scientific journals.