I’ve been listening to Nick Cave for many years, but only a few of his albums — which is kind of odd. There are still loads of records by The Birthday Party, The Bad Seeds and Grinderman that I haven’t heard yet. I guess too much of this kind of music is just… too much.
Let Love In (1994) and Murder Ballads (1996) were given almost weekly spins at my place a couple of years ago. The one album I prefer the most though is The Proposition (2005), the soundtrack to the fantastic film which he did with his fellow Bad Seeder Warren Ellis. They also collaborated on the music to the film The Assassination of Jesse James by the Coward Robert Ford (2007), and they’re doing the same thing for The Road (2009). Can’t wait for that one!

As for his books I only recently got to read them, and I like them a lot. His debut, And The Ass Saw The Angel (1989), is a tough read, though. The language is complex and very poetic, and thus the story becomes hard for me to grasp — especially since English is not my native language. It was only after I read some reviews and articles about the text that I started to like it.
What others had to say:

This novel is strong enough to provoke nightmares and make the hardiest reader reflect on the human condition at it’s worst and most pathetic.

[…]
The empathy that pours forth from the reader while Euchrid’s tale is told is so powerful and overwhelming — I can’t even begin to describe how I felt while reading this book. And the ending — the ending! All I can say is that it’s a masterpiece. The bitterness towards religious fanaticism is so sweet — at least it was for me. I’m very bitter towards religion and Christianity, and this book just seemed to justify it.
[…]
And all is told with an almost prophetic Biblical tone, with infinite foreboding and dark overtones.

The second novel, The Death of Bunny Munro (2009), is an easy read. I finished it in one weekend and even though it may seem more shallow than his debut, it certainly has a lot of depth. At least it got my mind going. In short, it’s about sex addiction.
What others had to say:

This novel is bound to spark lots of different reactions because it is provocative and explicit and strange and dangerous and incredibly funny and genuinely challenging. But I hope that the beauty of the writing and the seriousness of the book’s moral dimensions are not overlooked because of the ‘controversial’ aspects of the novel. For this second novel by Nick Cave is a major piece of literature that makes so much of what is being written today in this country look anodyne and flaccid.

[—]
Like a modern day Bukowski, Nick Cave’s post-beat gen road trip takes a journey through hell and back, through reckless sex and restless grief and loathing…

Check out some excerpts from the audiobook here, and since Cave and Ellis have composed a soundtrack to the book, you get to hear their amazing music as well. 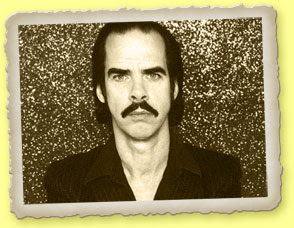