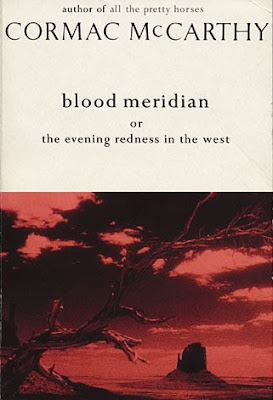 The Old West was scary as hell and Blood Meridian (1985) will break your spirit. Violence is just the beginning, and as Cormac McCarthy begins to paint these pictures with his words of death – a tree strewn with dead infants hung by their jaws – some people will probably stop reading. Too bad, because this is one of the best reads ever.

The story is based on My Confession, the questionably authentic autobiography of Civil War Commander Samuel Chamberlain, which recounts his youth with the notorious Glanton Gang – a group of American mercenaries hired by the Mexican government to slaughter Native Americans.

And so it begins…

See the child. He is pale and thin, he wears a thin and ragged linen shirt. He stokes the scullery fire. Outside lie dark turned fields with rags of snow and darker woods beyond that harbor yet a last few wolves. His folk are known for hewers of wood and drawers of water but in truth his father has been a schoolmaster. He lies in drink, he quotes from poets whose names are now lost. The boy crouches by the fire and watches him.
Night of your birth. Thirty-three. The Leonids they were called. God how the stars did fall. I looked for blackness, holes in the heavens. The Dipper stove. The mother dead these fourteen years did incubate in her own bosom the creature who would carry her off. The father never speaks her name, the child does not know it. He has a sister in this world that he will not see again. He watches, pale and unwashed. He can neither read nor write and in him broods already a taste for mindless violence. All history present in that visage, the child the father of the man.

After finishing The Road back in 2006 (read my reflections here), I felt the need to read every word from this man’s pen. Now, having read Blood Meridian twice, I must say it surpasses The Road on many levels, even though they are totally different. The main difference being the prose.
The language in The Road is very sparse, almost stripped of everything, based on repetition, but still very powerful, perfectly reflecting the setting of the postapocalyptic world. It’s a fairly easy read. Blood Meridian is dense as fuck, also based on repetition – the repeated violence – and is a much tougher read. There were some words in here that I couldn’t even find in the dictionaries. Still, I enjoyed the prose immensely. Everything is this world is so ugly and brutal, but McCarthy describes this darkness in jaw-dropping fashion, so very beautiful. And in between all the emotionally disturbing violence is McCarthy’s fantastic prose depicting the beauty of the desert landscape these killers travel in. The whole novel reads like one long descripive narrative, almost dreamlike.

They entered the city in a gauntlet of flung offal, driven like cattle through the cobbled streets with shouts going up behind for the soldiery who smiled as became them and nodded among the flowers and proffered cups, herding the tattered fortune-seekers through the plaza where the water splashed in a fountain and idlers reclined on carven seats of white porphyry and past the governor’s palace and past the cathedral where vultures squatted along the dusty entablatures and among the niches in the carved facade hard by the figures of Christ and the apostles, the birds holding out their own dark vestments in postures of strange benevolence while about them flapped on the wind the dried scalps of slaughtered indians strung on cords, the long dull hair swinging like the filaments of certain seaforms and the dry hides clapping against the stones. 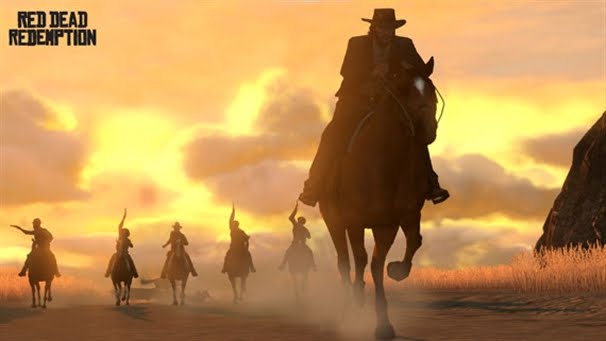 In this world where both life and objects are without value, where children, old ladies and dogs are slaughtered by Judge Holden and his gang, where Holden speaks in long rants about Indian vases and amazing discoveries, only to destroy them when finished – these passages of desert mystic calm are much welcomed. Because this is the end of mankind and this book answers the ultimate question: What is the meaning of life? To survive and to destroy those who don’t want you to survive.

The characters in Blood Meridian represent true evil. The leader of the pack, Judge Holden, is a Kurtz-like philosopher who believes in war like others believe in God. His monologues are truth revealed.

The man who believes that the secrets of this world are forever hidden lives in mystery and fear. Superstition will drag him down. The rain will erode the deeds of his life. But that man who sets himself the task of singling out the thread of order from the tapestry will by the decision alone have taken charge of the world and it is only by such taking charge that he will effect a way to dictate the terms of his own fate. […]It makes no difference what men think of war, said the judge. War endures. As well ask men what they think of stone. War was always here. Before man was, war waited for him. The ultimate trade awaiting its ultimate practitioner. That is the way it was and will be.…
War is the ultimate game because war is at last a forcing of the unity of existence. War is god. 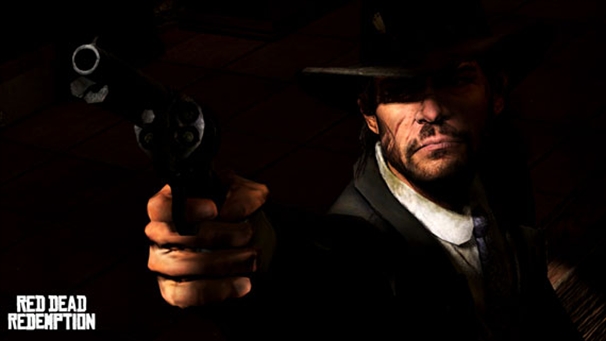 At one time in the book, one person chooses life over death. The kid gets a rare opportunity to kill the judge. The judge stands naked and unarmed in the desert before the kid, taunting the kid to take a shot. The kid is cheered by one of his companions: “You’ll get no second chance lad. Do it. He is naked. He is unarmed. God’s blood, do you think you’ll best him any other way? … Do it or I swear your life is forfeit.“
This is when morality comes into play. The amoral core of Judge Holden’s inhuman soul versus the human morality of the kid.

To be continued in part two…

I predict 2010 to be the year of the cowboys, the indians and the ceaseless violence.
Red Dead Redemption!

5 thoughts on “>The Evening Redness in the West — Blood Meridian Pt.1”