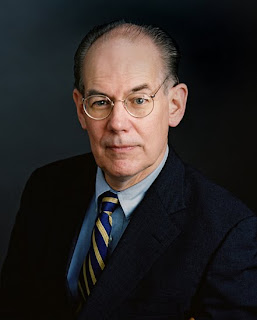 I got a letter from John Mearsheimer the other day. I opened and read it, it said they were suckers.

Well, he didn’t say that, really, but he enclosed a speech he gave in Norway recently, and the finishing words read as follows:

“The bottom line is straightforward: President Obama is not going to be able to push Israel to accept a two-state solution. Instead, Israel will continue to colonize the West Bank and eventually turn itself into an apartheid state. Given that grim future, the Israelis are likely to think more and more about expelling the Palestinians from their midst, as they have done in the past. All of this is to say that Netanyahu’s recent victory over Obama was no victory at all. On the contrary, it means that there will be big trouble ahead for Israel, the United States, and especially the Palestinians.“
John Mearsheimer, October 5 2009, Oslo, Norway

I’ll return to John’s speech and letter as soon as possible.
To be able to communicate with the author of the book I’m reading and obviously using as source for these articles is amazing. Hail the internet, freedom of speech and a true and honest debate above all.
Read more about John Mearsheimer.