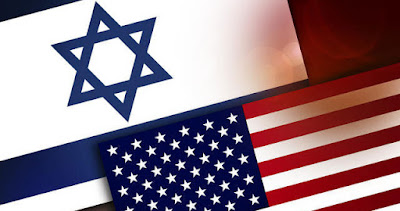 There’s this common old accusation that ”Jews control the media”. Not quite so. If they were, why would the Israel lobby work so hard to monitor and influence what the mainstream media says about Israel?

However, by looking at mainstream media in the United States, it is clear that the lobby’s perspective is widely reflected there since most American commentators who write about Israel are themselves pro-Israel. The U.S. mainstream media has no Robert Fisk, so to speak. Neither Time nor the Washington Post – arguably the two most influental daily newspapers in America – employs any full-time commentator who even remotely favors the Arab or Palestinian side, or is critical of Israel. As is written in The Israel Lobby and U.S. Foreign Policy by Mearsheimer and Walt: ”The point here is not that these individuals [Fisk et al] are always right and pro-Israel commentators are wrong; the point is that voices like theirs are almost entirely absent from major American newspapers.”

Fact is that whenever something is written about Israel that is not in favour of Israel (in the American mainstream, that is) the lobby organizes letter-writing campaigns, demonstrations and boycotts against these news outlets. In 2006, CAMERA (Committee for Accuracy in the Middle East Reporting in America), one of the lobby’s most energetic media watchdog group, ran full-page advertisements in the New York Times and New York Sun criticizing Jimmy Carter’s book Palestine: Peace Not Apartheid. These ads included the publisher’s phone number and encouraged readers to call and complain. Likewise, one CNN executive has said that he sometimes gets six thousand e‑mail messages in a single day complaining that a story is anti-Israel. Many papers, such as the Chicago Tribune and the Miami Herald, have faced boycotts over their Middle East reporting. The former spokesman for the Israeli consulate in New York, Menachem Shalev, once put it, ”Of course, a lot of censorship goes on. Journalists, editors and politicians are going to think twice about criticizing Israel if they know they are going to get thousands of angry calls in a matter of hours. The Jewish lobby is good at orchestrating pressure.”

Huge organizations keeping a watchful eye on anything anti-Israel, dominating the public discourse,  is nothing new, and is naturally not only restricted to media. In the early 1980s, AIPAC recruited students to help identify professors and campus organizations that might be considered anti-Israel. The findings were published in 1984 in The AIPAC College Guide: Exposing the Anti-Israel Campaign on Campus. This is an ongoing project which still exists today. Campus Watch, a website which invites students to report anti-Israel behavior at U.S. colleges, is probably influenced by the AIPAC project. This site started off by publishing dossiers on suspect academics in an attempt to blacklist and intimidate scholars. It’s still up and running, loving the word ”conspiracy theory”…

Note that these aren’t small organizations whose work go unnoticed. These are lobby groups with immense power. To be able to shut up the whole American mainstream media about controversial policies in Israel, you definitely need power. Management by fear.