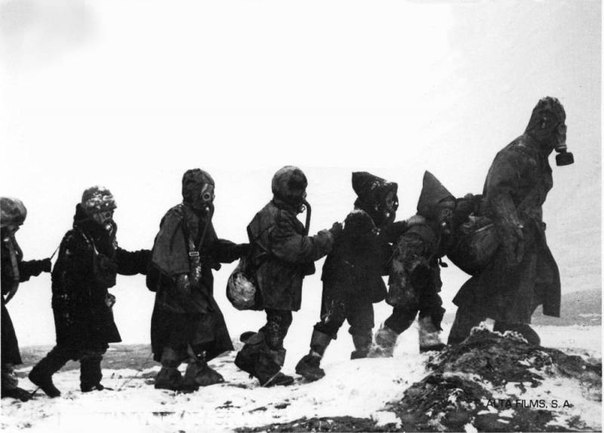 There are two movies on my Worship Deluxe List: Apocalypse Now (1979, Francis Ford Coppola) and Stalker (1979, Andrej Tarkovskij). These are movies that deal with life, death and the unfathomable power of consciousness, spiritual enlightenment, turbulence and confusion. They work on so many levels, using cinematography and psychology in such subliminal ways it’s almost an hallucinatory experience watching them.

Having endured Konstantin Lopushansky‘s Pisma Myortvogo Cheloveka (Letters From A Dead Man aka Dead Man’s Letters (1986)), I might add it to the list. Lopushansky apparently worked with Tarkovskij on Stalker as a production assistant, and here he takes it to the next level: Nuclear winter, death and dying. It’s release coincided quite well with the Chernobyl distaster…

This is by far the most realistic post-apocalyptic vision I have ever experienced (alongside Threads, that is). It’s severely dark, haunting, and utterly depressing, and the screen is literally glowing of nuclear waste. There are no Mad Max haircuts in this one. It’s not funny or cool. It’s about emotional disintegration and the total resignation of life.

Almost all of existence above ground is wiped out. The environment is toxic. A few survivors finds a home in a bunker, and a physicist writes letters in his mind to his young son who went missing during the chaos. His wife is dying from radiation sickness. The days are as black as night, and the few remaining souls are contemplating death.
If you are a bit like me, you will contemplate what life really is after having watched this one. 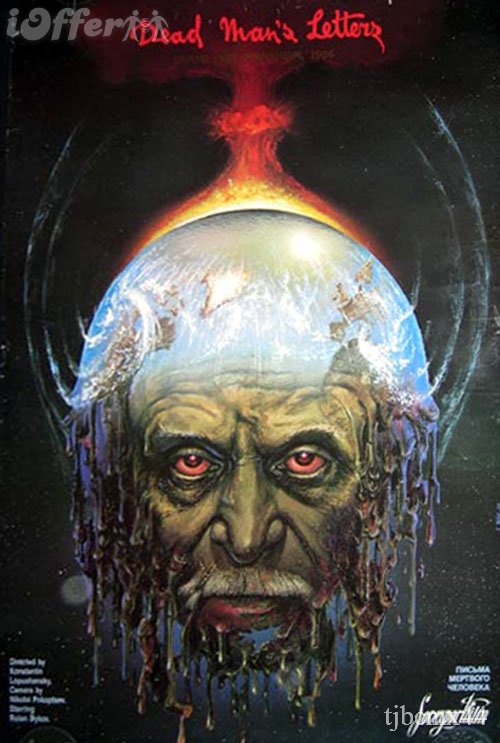 The rest of this post is kind of spoiler-like, so you might wanna consider stop reading here.

There are so many memorable scenes, both beautiful, moving and disturbing. The one that really got me is when a survivor praises the achievements of humanity, and then commits suicide.
An absolute masterpiece.

All evidence suggests that the history of mankind has ended. It is time to sum up the outcome, and I think it should be done calmly, without vulgar affectation.

Today I want to talk to you like a dead man to other dead men. That is – frankly.
Let me present to you a speech for human beings as biological species.

Mankind was a tragic species, doomed perhaps from the very beginning. Our fatal and beautiful fate was to always attempt to bite off more than we can chew, be better than nature intended. We found a place in ourselves for compassion, even though it was conflicting with the law of survival. We managed to feel self-respect, even if it was always trampled on. We created art masterpieces, comprehending their uselessness and frailness. We found in ourselves the ability to love. Oh Lord, it was so difficult! For inexorable time caused our bodies, thoughts and senses to decay.

But man continued to love. And love created art, an art which reflects our unbearable yearning for perfection, our immense despair and our endless cry of terror, a howl of desolate thinking creatures in the cold and impassive space desert.

In this room, a lot of hateful words had been said about mankind, contemptous and scornful. But I won’t throw a stone at it today. That is what I say: I loved mankind. I love it even better now that it no longer exists. I love it for its tragic fate. And I want to say to you, colleagues, I want to say that I love you. Perhaps that is my leap of consciousness, but I wanted you to know.

Now I will go to my room and everything will end for me.
After all, we are all adults, and death is not a frightening thing when everything has died.